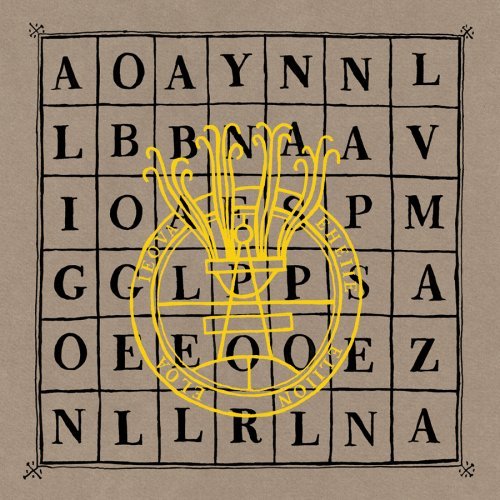 Four Winds is an by the band Bright Eyes, that was released on , . The is the first single from their album "Cassadaga". The other 5 tracks are exclusive from the 2006 recording sessions. It is marketed as being "quietly enchanting" and including "a wandering country charm and all of the story-telling seductiveness of earlier work."

The title song makes several references to "The Second Coming" by , most famously in the refrain, which references "slouching towards Bethlehem."

On , , it was leaked onto the internet. The track "Smoke Without Fire" features guest vocals from .

The music video for "Four Winds" shows the band playing at a for a rowdy crowd. It includes Oberst on vocals and lead guitar, on second guitar, on organ, on fiddle, on bass, and on drums. As the song progresses, the band is increasingly booed off the stage, and objects are thrown at the stage.

Directed by , the video was filmed in a large tent in ' Elysian Park in early February. Several days before filming, a notice was sent to Bright Eyes fans in the area inviting them to participate in the video as extras. Several extras were chosen to shout obscenities at the band, many of which are heard directly in the video. The audience was given a variety of objects to throw at the band, such as , , , , cups, and . Many of the objects hit the band members during filming, but no one was harmed during the course of the afternoon.

Upon the filming's conclusion, Oberst noted that one particular had frightened him "all evening." To make amends, Oberst invited the heckler onstage for a hug.

The cover of the Four Winds EP seems to be full of religious and mythical references. The words IEOVA, EHEIIE, ELIION, and ELOA are Hebrew names "of supreme importance in the list of the h and their sovereign equivalents." They are used in conjuring spells in "The Key of Solomon", the "most famous and important of all Grimoires, or handbooks of Magic." The Key of Solomon seems to focus a lot on planetary invocation and alignment.

From Book 1, Chapter 1 of :Solomon, the son of David, King of Israel, hath said that the beginning of our Key is to fear God, to adore him, to honour him with contrition of heart, to invoke him in all matters which we wish to undertake, and to operate with very great devotion, for thus God will lead us in the right way. When, therefore, thou shalt wish to acquire the knowledge of magical arts and sciences, it is necessary to have prepared the order of hours and of days, and of the position of the Moon, without the operation of which thou canst effect nothing; but if thou observest them with diligence thou mayest easily and thoroughly arrive at the effect and end which thou desirest to attain.

The square in the background with seemingly random letters, is one of a series of squares that represent "the shining ones", 7 that each rule their own day of the week and planet. This particular square is called "The Square of Blumaza" and it represents "Monday" and "The Moon". Each God has power over certain desires (such as wealth, love, etc.) and you can receive assistance from Olympus by preparing a ritual to the God associated with your desire on their day of the week. In this case, the Olympic for Monday and the Moon is and the desires that he rules are "war, and offensive maneuvers of any kind" as well as anything related to air.

The words on the inside front and rear cover are Hebrew names used as inscriptions on "The Brazen Vessel" which is "a brass vessel with an inscription around it to raise it from a mundane object into a Magikal tool."