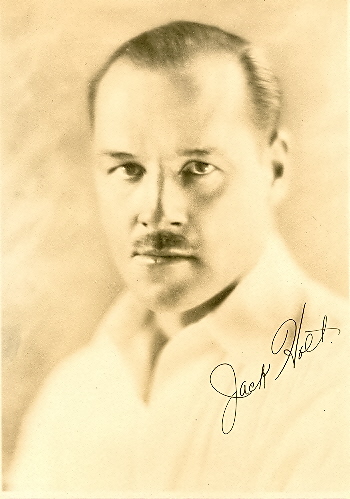 Born Charles John Holt in . Staunch, granite-jawed American leading man of silent and early talkie films, much associated with . Though a native of New York City, Holt often claimed to have been born in , where he grew up. He attended Trinity School in , then the Virginia Military Institute, from which he was expelled for bad behavior. Giving up his vague hopes of becoming a , he went on the road, engaging in numerous occupations. He mined gold in , worked as both a and a civil engineer, delivered mail, rode herd on cattle, and played parts in traveling stage productions. While looking for work as a surveyor in San Francisco in 1914, he volunteered to tumble down a very steep embankment into the Russian River in a stunt for a film crew shooting a scene for "Salomy Jane". In gratitude, the director gave him a bit part in the film.

Holt followed the movie people to Hollywood and began getting bits and stunt jobs in the many Westerns and serials being made there. He impressed a number of co-workers at Universal Pictures, among them Francis Ford and his brother , and . Holt soon became a frequent supporting player in their films, and then a star in serials.

Holt, with his dapper mustache, prominent jaw, and quick-with-his-fists manner, personified rugged masculinity. Holt became ' most reliable leading man, and scored personal successes in three action dramas, "Submarine" (1928), "Flight" (1929), and "Dirigible" (1931), Holt's no-nonsense characterizations were eclipsed by those of younger, tough-talking actors like and , but Holt continued to work in low-budget action features, almost always for Columbia, through 1940. Holt's long tenure at Columbia came to an end when he had an argument with studio chief . Cohn, anxious to teach the actor a lesson in humility, gave him a low-prestige assignment: the starring role in a 15-chapter . Holt made the serial -- "" (1941) -- and it turned out well enough for Columbia to promote it vigorously, introducing this veteran action star to serial audiences. But that was the last straw for the proud Holt, who left Columbia for other studios.

In later years Holt became an elder statesman among action stars, as in "Trail of Robin Hood" (1950), where he is the senior member of a cowboy fraternity including , , , , , and . His son, , had established himself as a star in his own right, and Jack Holt played against type (as a grubby vagrant) in Tim's famous film, "" (1948). Jack Holt's daughter, , also enjoyed a successful screen career, mostly in westerns.

Jack Holt died from a heart attack in and is buried there in the .

For his contribution to the motion picture industry, Jack Holt has a star on the at 6313-½ Hollywood Blvd.