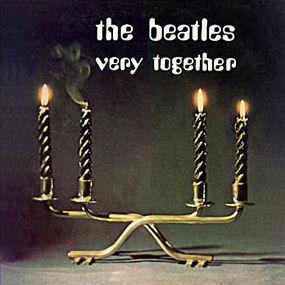 "Very Together" was the only compilation of the ' early recordings as the Beat Brothers released in Canada, although this did not make it the interesting and collectible album that it has become. The cover, which features four candles with one snuffed out was taken, in 1969, as yet another clue in the ongoing "" urban legend. One of just four albums to only be released in Canada, its scarcity in any condition is considerable. The content of this album is identical to the previously released European album "" and the American album "" issued the following year.

All vocals by unless otherwise indicated:

*The original album jacket incorrectly listed "Cry For A Shadow" as "Cry For My Shadow".