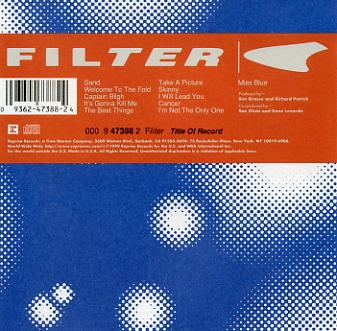 
"Title of Record" is the second album by American band Filter. It was released on , and included the popular single "," a noted departure from the dark sound of the band's hit "."

In support of "Title of Record", the band performed on .

There is suspicion that the song "Miss Blue" is written about , there have been rumors of there being something between Richard Patrick and her around the time this album came out.