In the Shadows (song)

In the Shadows (song)

Infobox Single
Name = In the Shadows 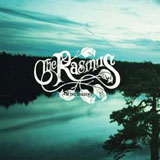 "In the Shadows" is a hit song and single released by the Finnish band on , . This single achieved success in charts outside of Scandinavia, such as in the United Kingdom, where it reached number three, and New Zealand; where it went to number one on the chart [ [http://www.rianz.org.nz/rianz/chart.asp 1] ] .

from the Finnish band Killer collaborates on the revamped version of "In the Shadows".

The Rasmus are yet again performing on a stage, this one resembling a . This time, the singer wears no make-up. The band are out trying to rob a bank when the police arrives unexpectedly. Lauri is almost caught, but manages to grab onto the safe-door, which is being dragged behind the tow-car that the group uses for the robbery, and goes skidding down the road. He falls off and runs into the woods where police dogs find him. Drummer then ushers him into the car where Lauri makes his lucky escape and the car drives off. The video was included in the soundtrack of Finnish movie Pahat Pojat and footage from the film was used in the video.

Video directed by Finn Andersson for Film Magica Oy in , .

The Rasmus are placed on a stage in the middle of nowhere and they perform the song. Around them, there are crows flying around and they break through the small rectangular windows. Towards the end, one crow breaks a light on the ceiling with its wings and the band perform in a shower of sparks. In the end, the band transform into feathers.

The Rasmus are performing in what looks to be an old Victorian mansion, with lots of fans moshing around them. During the verses, we see a new maid who is constantly busy serving the masters of the house in what appears to be the past of the Victorian mansion. She sees Lauri, and the concert in the mirrors on the walls, which causes her to make mistakes and drop trays. Eventually, while despairing over her errors in her room, she sees Lauri and all the fans in her mirror, while the master of the house is coming with somebody else, possibly the head maid, presumably to reprimand the new maid. Lauri tugs her through the mirror in her room to where they are performing. She then finishes watching the concert. The video ends with the master of the house and the others entering to find the maid's room empty.

Video directed by Philipp Stöltzl in , .