Throw It on Me

Throw It on Me

Infobox single
Name = Throw It on Me
Artist = featuring
from Album = 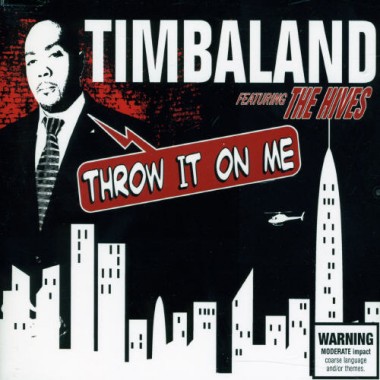 The single was strictly released to limited territories. Serving as the second single in Australia (instead of ""), the song reached #50 on the charts. The track was also serviced Alternative radio in the United States.

The censored version of the song was featured in the 2008 comedy starring .

The music video directed by was shot on at at and features WWE Divas , , , Brooke Adams, and . The video premiered during "Raw" on , . [http://www.wwe.com/inside/news/4563070] The video looks almost like a version of , where "The Baby Faces" (a reference to the term face in Pro Wrestling) consisting of Torrie, Maryse and Ashley take on Brooke, Kelly and Layla in a wrestling match. Timbaland and The Hives declare a winner at the end of the video. The winner announced, however, varies. In most markets, it is said to be "The Baby Faces". However, there is a video where "Extreme Exposé" is the winner. The video clip ends with "To be continued...".

The video is being used as the lead single for .