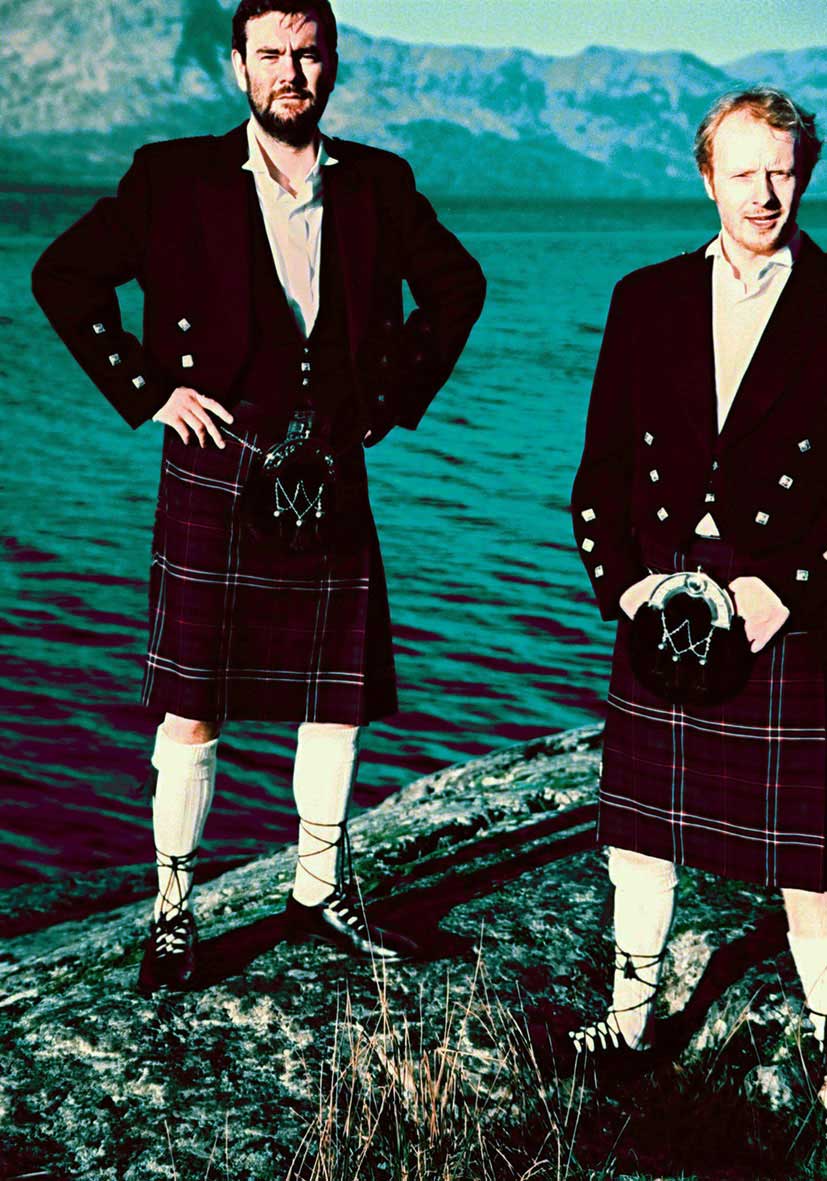 Arab Strap were an band from who were signed to independent record label .

Vocalist and multi-instrumentalist grew up in , and bonded over their mutual love for recording artists such as Smog and as well as their love of cheap alcohol. They began collaborating in 1995, and their debut album "" was released the following year.

Over the course of their 10 year existence Arab Strap worked with a number of musicians including Jenny Reeve, Stacey Sievewright as well as Adele Bethel and David Gow who went on to form Sons and Daughters. Stuart Murdoch of was featured on the album "Philophobia" but the album/song "" would later create something of a feud between the two singers.

Arab Strap's marked characteristics include sordid, personal, yet honest, lyrics -- described by the as "fly on the duvet vignettes" [ [http://microsites.nme.com/reviews/reviews/19990801120048reviews.html Latest Reviews from NME.com – Music Videos, CDs, Gig Reviews & More ] ] At first essentially an electro-acoustic band with a brooding, spare sound later albums and gigs saw them develop a fuller sound which drew deeply on both indie and dance music.

On , the band announced on their website that they were to split up. They celebrated the 10 years since their first studio album with the release of a compilation record, entitled "Ten Years Of Tears". They went on tour in Europe for the last time at the end of the year, and played their final show at the end of a secret tour of Japan at on .

Unofficial
* [http://www.timmcmahan.com/arabstrap.htm Lazy-i Interview] , May 2003.
* [http://www.youtube.com/watch?v=BzVJZedT28I footage of Arab Strap's last ever gig in Tokyo] at .