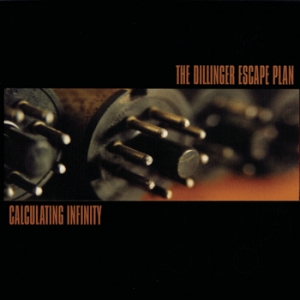 "Calculating Infinity" is the debut album by American band , released in September 1999 by Relapse Records. "Calculating Infinity" showcases the band's heavier, more technical sound found in earlier recordings. The album would go on to be considered a landmark of . This would be the only full-length album to feature on vocals.