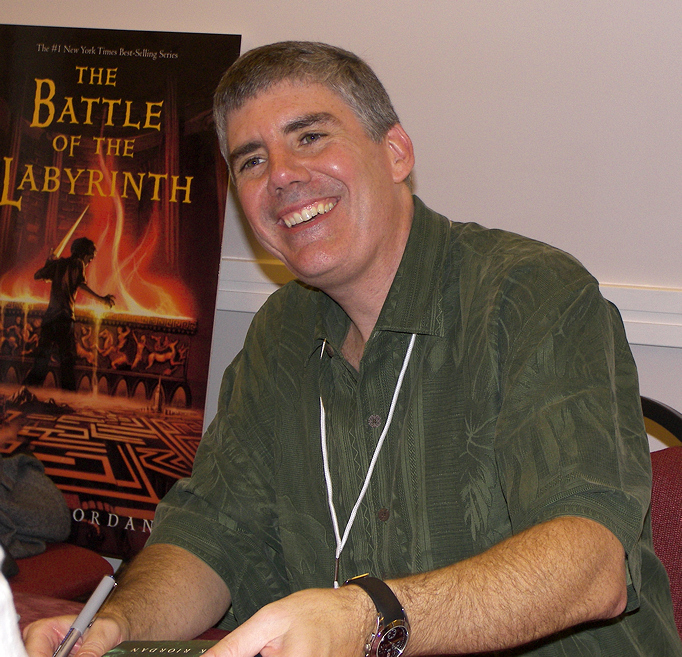 Rick Riordan (born , ) is an American author from famous for his series. He also wrote the Tres Navarre mystery series for adults and helped to edit "", a collection of essays on the topic of his Percy Jackson series. He recently published Maze of Bones for Scholastic which is the first in the 39 Clues series of books.

He graduated from University of Texas at Austin where he double-majored in English and history. For fifteen years he taught in public and private schools in California and in San Antonio.

Riordan is the multi-award-winning author of the Tres Navarre mystery series for adults and the #1 New York Times best-selling Percy Jackson and the Olympians series for children. His Percy Jackson series features a twelve-year-old boy who discovers he is the modern-day son of a Greek god. The novels draw on Riordan’s experience teaching Greek mythology and his interaction with students who have learning differences. Film rights have been purchased by Twentieth Century Fox and a feature film is in development. Riordan lives in San Antonio with his wife and their two sons.

Percy Jackson and the Olympians Series