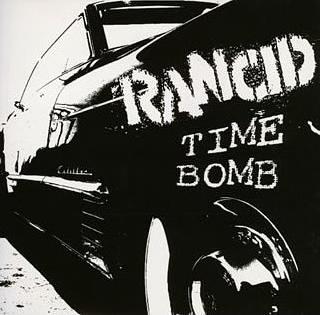 "Time Bomb" is a song by punk band Rancid. The song comes from their third album "" and was their highest charting single, peaking at number 8 on chart.

"Time Bomb" is a ska-punk song, similar to the sound of Operation Ivy in which and used to play before Rancid. The lyrics for the first verse of the song were sampled from an earlier song, "Motorcycle Ride", which appeared on the group's "Let's Go" album.

Time Bomb features an organ solo from of .

Appearances in the media

Time Bomb was also used in the 2005 movie "Fun With Dick and Jane".