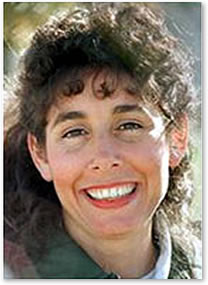 Karla Faye Tucker (, &ndash; , ) convicted of murder in Texas in 1984, put to death in 1998, was the first woman to be punished by death in the United States since 1984 and the first woman in Texas since 1863, during the Civil War. Compared to other Americans who face the death penalty, she inspired an unusually large national and international movement advocating the commutation of her sentence to life imprisonment, including a few foreign government officials.

Early years and the murder

Karla Tucker was born and raised in , the youngest of three sisters. Her father Larry was a longshoreman on the Gulf of Mexico, and her mother Carolyn was a homemaker. The marriage was very troubled, and Karla started smoking with her sisters when she was eight years old. At the age of ten, her parents divorced, and during the divorce proceedings, she learned that she had been the result of an extramarital affair. By age 12, she had turned to drugs and sex. When she was 14, she dropped out of school and followed her mother, a rock groupie, into prostitution and began traveling with the Band, , and the . At age 16, she briefly married a mechanic named Stephen Griffith. In her early 20's, she began hanging out with bikers, and met a woman named Shawn Dean and her husband Jerry Lynn Dean, who introduced her to a man named Danny Garrett in 1981. [ [http://www.crimelibrary.com/notorious_murders/women/tucker/2.html Karla Faye Tucker: Texas' Controversial Murdress, "Chapter 2: Early Days, Dark Days"] from Crime Library] [ [http://www.nybooks.com/articles/17670 Death in Texas] from the New York Review of Books.]

On , , Tucker and her friends and sisters got high on drugs and alcohol at a party, where she heard that Shawn Dean had broken up with her abusive husband a week earlier. Tucker decided to get even with him.Fact|date=August 2008 Two days later, having spent the day doing drugs with Garrett, she entered Jerry Dean's home at 2:00 AM with Garrett and James Leibrant to steal Dean's motorcycle. During the robbery, Dean heard the commotion and confronted the burglars, and Garrett struck him numerous times with a hammer. Dean's girlfriend, Deborah Thornton, entered the bedroom to find Garrett striking Dean on the head. She hid under bedcovers, where Tucker discovered her. Tucker then hacked Thornton to death with multiple pickax blows, after which Garrett embedded the axe in Deborah's heart. The next morning, a landlord discovered the victims' bodies. Investigation led to the arrests of Tucker and Garrett. [ [http://www.crimelibrary.com/notorious_murders/women/tucker/1.html Karla Faye Tucker: Texas' Controversial Murderess, "Chapter 1: Pick Axe"] from Crime Library] Tucker reportedly boasted of the crime when news of the case was broadcast on television.

In September 1983, Tucker and Garrett were indicted and tried separately for the murders. Tucker entered a plea of not guilty and was jailed awaiting trial. She took a Bible from the prison ministry program and read it in her cell. She later recalled, "I didn't know what I was reading and before I knew it, I was just -- I was in the middle of my floor on my knees and I was just asking God to forgive me." [" [http://www.cnn.com/SPECIALS/1998/tucker.execution/profile/ Facing death with memories of murder] ." ""] She later claimed that her new faith gave her the strength to endure her trial and sentencing. [Crime Library.com, [http://www.crimelibrary.com/notorious_murders/women/tucker/4.html Karla Faye Tucker: Texas' Controversial Murderess, Chapter 4] ]

In the spring of 1984, she confessed to the murders and implicated Garrett. During Tucker's trial, a tape recorded by Garrett's brother while wearing a wire was played on which she claimed that she had multiple s during the killings. Tucker replied that this was just big talk to impress her friends. Garrett and Tucker were convicted on , . [Crime Library.com, [http://www.crimelibrary.com/notorious_murders/women/tucker/3.html Karla Faye Tucker: Texas' Controversial Murderess, Chapter 3] ]

Though the death penalty was hardly ever sought for female defendants, Garrett and Tucker were both sentenced to death in late 1984. (Garrett died in prison of in 1993.) She shared her cell at the Gatesville Unit with her friend Pam Perillo, whose own sentence was eventually commuted to life in prison. Tucker became a born-again Christian in 1985.

Between 1984 and 1992, requests for a retrial and appeals were denied, but on , , eight days before she was scheduled to be executed, she was granted a stay of execution. In 1995, she married by proxy the volunteer prison chaplain, Dana Lane Brown, whom she had never touched and who she was only allowed to see through an barrier. She was visited by many celebrities who believed her conversion to be genuine, including Sister , author of "".

Tucker's last hope of avoiding the death penalty was to apply to the [http://www.tdcj.state.tx.us/bpp/ Texas Board of Pardons and Parole] for the commutation of the sentence. Under Texas law, the granting of commutation of a death sentence is a two stage process. It requires that both a majority of the board and the governor of the state approve. First the board considers the appeal. If a majority of the board accept the plea, the appeal proceeds to the governor, who is not bound by the board's recommendation. ["CNN", 20 Jan 1998, [http://www.cnn.com/US/9801/20/tucker.appeal/] ]

Tucker's requested that her life be spared on the basis that she now opposed , and .Fact|date=August 2008 Her plea drew support from abroad and also from some leaders of American . Among those who appealed to the State of Texas on her behalf were Waly Bacre Ndiaye, the commissioner on summary and arbitrary executions, the World Council of Churches, , Italian Prime Minister , the Speaker of the U.S. House of Representatives, , and televangelist . The warden of Texas's Huntsville prison testified that she was a model prisoner and that, after 14 years on death row, she likely had been reformed.Fact|date=May 2008 The board turned her down on , .

In the year following her execution, commentator questioned Governor Bush about how the Board of Pardons and Parole had arrived at the determination on her clemency plea. Carlson alleged that Bush, alluding to an televised interview which Karla Faye Tucker had given to host , smirked and spoke mockingly about her: [ "Carlson, Talk", September 1999, p. 106]

::"In the weeks before the execution, Bush says, "A number of protesters came to Austin to demand clemency for Karla Faye Tucker." "Did you meet with any of them?" I ask. Bush whips around and stares at me. "No, I didn't meet with any of them", he snaps, as though I've just asked the dumbest, most offensive question ever posed. "I didn't meet with either when he came down for it. I watched his interview with Tucker, though. He asked her real difficult questions like, 'What would you say to Governor Bush?'" "What was her answer?" I wonder. "'Please,'" Bush whimpers, his lips pursed in mock desperation, "'don't kill me.'" I must look shocked &mdash; ridiculing the pleas of a condemned prisoner who has since been executed seems odd and cruel &mdash; because he immediately stops smirking."

Journalist Carlson followed up on Bush's remark by reviewing a videotape of the interview on Larry King's show. Carlson found that Tucker had in fact not uttered the entreaty, "Please don't kill me" nor words to that effect. [Noah, Tim. [http://www.slate.com/id/2131451/|"Bush's Tookie"] , "Slate", 2 Dec 2005] Bush disputed Carlson's interpretation of his remark by denying that he had intended to make light of the issue.

On , state authorities took Tucker from the unit in Gatesville and flew her to the in Huntsville, where she was executed by the next day, and pronounced dead at 6:45 p.m. ["CNN", [http://www.cnn.com/US/9802/03/tucker/index.html Karla Faye Tucker's last hours?] ] She selected five people to watch her die, including Thornton's husband Richard and his two stepchildren, who supported the death penalty, and Thornton's brother Ronald Carlson, who opposed the execution and had been converted by her faith after visiting Tucker on death row. Her last words were:

She is buried at Forest Park Lawndale Cemetery in Houston. [http://www.findagrave.com/cgi-bin/fg.cgi?page=gr&GRid=2444]

Tucker gained international attention because she would be the first woman to be executed in Texas since the Civil War and the first in the United States since 1984. Italian President noted in a public speech that spectators outside a Texas prison had cheered when Tucker was executed. "And we are on the threshold of 2,000 years of !" he exclaimed. In England, of the Diocese of Oxford reported that a Gospel singer's rendition of "" was shouted down by cries of "Kill the bitch!" from the crowd that gathered outside of the prison.