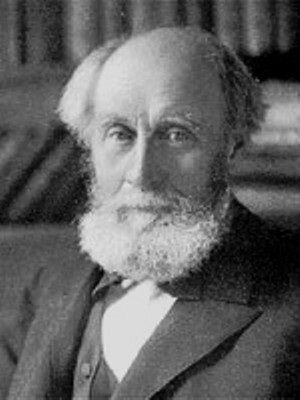 Joh William Dawson was born in . Of Scottish descent, Dawson attended the to complete his education, and graduated in 1842, having gained a knowledge of geology and from .

Dawson returned to Nova Scotia in 1842, accompanying Sir on his first visit to that territory. Dawson was subsequently appointed as Nova Scotia's first superintendent of education. Holding the post from 1850 to 1853, he was an energetic reformer of school design, teacher education and cirriculum. Influenced by the American educator Henry Barnard, Dawson published a pamphlet entitled, "School Architecture; abridged from Barnard's School Architecture" in 1850. One of the many schools built to his design, the Mount Hanley Schoolhouse still survives today, including the "Dawson Desks" named after him. Dawson's travels as school superintendent allowed him to deepen his geological studies, as he visited and studied geological sites across the region. He entered zealously into the geology of Canada, making a special study of the fossil forests of the coal-measures. From these strata, in company with Lyell (during his second visit) in 1852, he obtained the first remains of an air-breathing named . He also described the fossil plants of the , and rocks of Canada for the (1871-1873).

From 1855 to 1893 he was professor of geology and principal of in Montreal, an institution which under his influence attained a high reputation. He was elected FRS in 1862. When the was created he was the first to occupy the presidential chair, and he also acted as president of the British Association at its meeting at Birmingham in 1886, and president of the . Sir William Dawson's name is especially associated with "", which in 1865 he described as an organism having the structure of a . It was found in the rocks, regarded as the oldest known geological system. His views on the subject were contested at the time, and have since been disproven, the so-called organism being now regarded as a mineral structure. He was created CMG in 1881, and was knighted in 1884. In his books on geological subjects he maintained a distinctly theological attitude, declining to admit the descent or evolution of man from brute ancestors, and holding that the human species only made its appearance on this earth within quite recent times.

Besides many memoirs in the Transactions of learned societies, he published several books:

One of John's sons, (1849-1901), became a well known and respected scientist and geologist in his own right.

He is interred in the in and is the namesake for . The mineral , which was discovered during the building of the with which he was intimately related, is named in his honour.

* [http://www.biographi.ca/009004-119.01-e.php?&id_nbr=6059 Biography at the "Dictionary of Canadian Biography Online"]
* [http://museum.gov.ns.ca/fossils/finders/dawson.htm Biography from the Museum of Nova Scotia]
* [http://www.sirjohnwilliamdawson.org Genealogical detail, traced by his great-grandson]