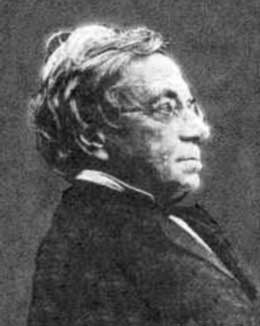 Johann Jakob Balmer ( &ndash; ) was a Swiss and an honorary .

He was born in , , the son of a Chief Justice also named Johann Jakob Balmer. His mother was Elizabeth Rolle Balmer, and he was the oldest son. During his schooling he excelled in mathematics, and so decided to focus on that field when he attended university.

He studied at the and the , then completed his from the in 1849 with a on the . Johann then spent his entire life in Basel, where he taught at a school for girls. He also lectured at the University of Basel. In 1868 he married Christine Pauline Rinck at the age of 43. The couple had a total of six children.

Despite being a mathematician, he is not remembered for any work in that field; rather, his major contribution (made at the age of sixty, in 1885) was an formula for the visible s of the atom the study of which he took up at the suggestion of Eduard Hagenbach also of Basel [cite book|last=Magie|first=William Francis|title=A Source Book in Physics|publisher=Harvard University Press|location=Cambridge, Mass|year=1969 p 360] . Using Ångström's measurements of the hydrogen lines, he arrived at a formula for computing the wavelength as follows:

Balmer's formula was later found to be a special case of the , devised by .

with being the Rydberg constant for hydrogen, for Balmer's formula, and .

A full explanation of why these formulas worked, however, had to wait until the presentation of the by in 1913.