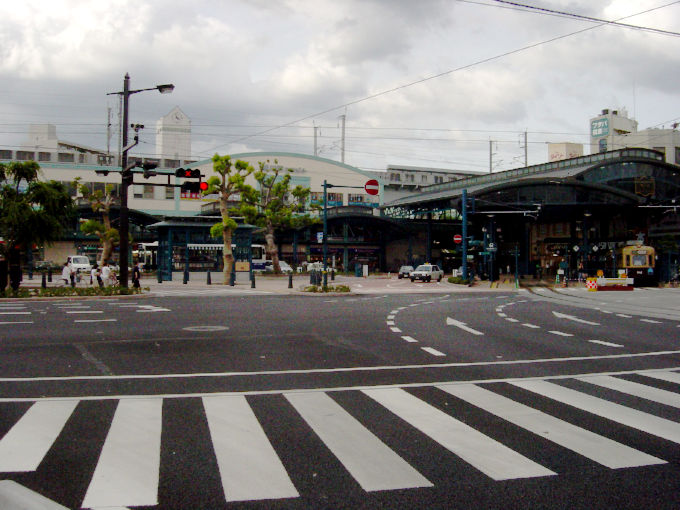 nihongo|Yokogawa Station|横川駅|Yokogawa Eki is a JR West station located in Yokogawa-cho, Nishi-ku, , , . The station services the , and .

Yokogawa Station features three platform capable of handling five lines simultaneously, as well as the Yokogawa Station Tram Stop located directly south of the main station building. The tram stop features a large roof covering the stop in order to provide shelter from the rain and shade from the sun. The roof extends to the main Yokogawa Station building. The first omnibus used in Japan is housed in a museum-like display at the station (see photos on right). The station formerly had tram tracks between platforms 2/3 and 4/5, but these have since been removed.

The platform for the Hiroden Yokogawa Tram Stop is located directly outside the south entrance to the main station building.