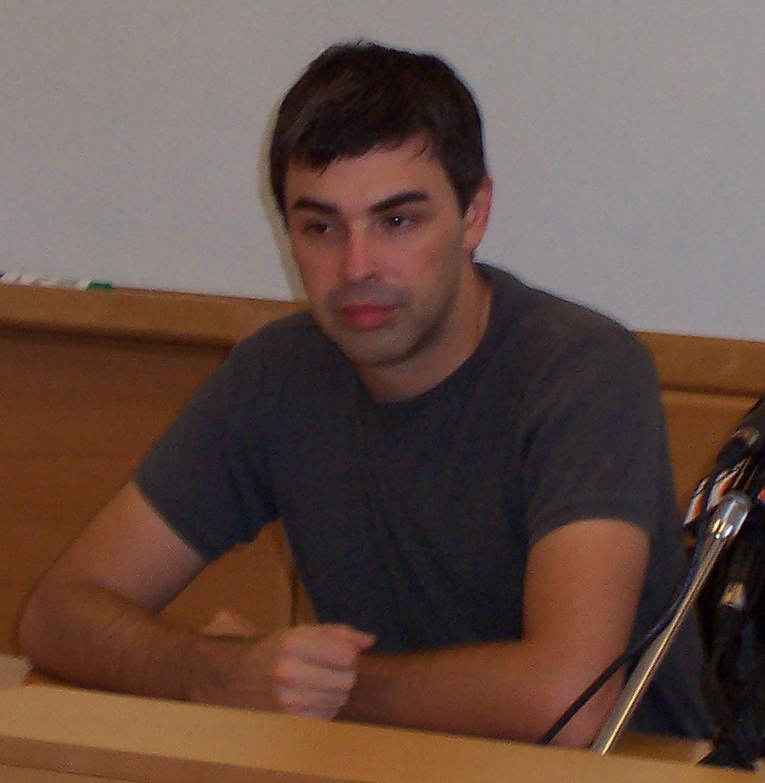 Larry Page is the son of the late Dr. Carl Victor Page, a professor of computer science and at and one of the 's first computer science Ph.D graduates, and Gloria Page, a computer programming teacher at . Despite his mother being , Page was raised similarly to his father: without a religion. [ [http://web.archive.org/web/20070826180524/http://bnaibrith.org/pubs/bnaibrith/spring2006bbm/searchmeisters.cfm The Searchmeisters] ] [http://www.nndb.com/people/830/000044698/] He is also the brother of Carl Victor Page, Jr., [ [http://web.archive.org/web/20070826180524/http://bnaibrith.org/pubs/bnaibrith/spring2006bbm/searchmeisters.cfm The Searchmeisters] ] a co-founder of , later sold to for approximately half a billion dollars.

Page attended a school in , and graduated from . Page holds a degree in from the with honors and a in from . While at the University of Michigan, "Page created an , made of bricks", was a member of the solar car team and served as the president of the . [cite web | title = HKN College Chapter Directory | publisher = Eta Kappa Nu | date = | url = http://www.hkn.org/admin/chapters/beta_epsilon.html ]

After enrolling for a . program in computer science at , Page was in search for a dissertation theme and considered - among other things - exploring the mathematical properties of the , understanding its link structure as a huge graph.

Page ran Google as co-president with Brin until 2001 when they hired Eric Schmidt to become Chairman and CEO of Google.

According to the 2007 edition of , Page had an estimated net worth of $16.6 Billion, placing him at rank 26 on , together with Brin. [cite web | url = http://www.forbes.com/lists/2007/10/07billionaires_The-Worlds-Billionaires_Rank_2.html| title = The World's Billionaires | publisher = Forbes | date = ] Page and Brin recently purchased a pre-owned Qantas airliner for their business and personal needs.

The named Page as a Global Leader for Tomorrow. The chose Page as a trustee for their board.