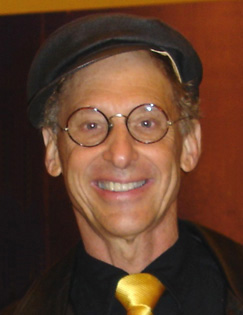 Allan Snyder is the director of the and a co-founder of Emotiv Systems. He holds the 150th Anniversary Chair of Science and the Mind at the , Australia.

Snyder's research career began in optical physics and he has published several important papers and books in this field. [ [http://wwwrsphysse.anu.edu.au/osc/PB/ProfSnyder.html Allan Snyder ] ] More recently, he has begun to work on mind sciences.

Snyder has appeared in several television programs promoting his idea that of the left can induce savant-like skills in typical people. For example, these studies claim that after TMS, a person can draw better or count the number of dots on a screen very fast. Despite widespread press coverage, many of these studies have yet to be published in mainstream scientific journals.

He is a Fellow of the Royal Society of London and the recipient of its 2001 Clifford Paterson Prize.

Previously, he was a Guggenheim Fellow at ’s School of Medicine and a Royal Society Research Fellow at the Physiology Laboratories of Cambridge University. He is a graduate of , and .

Snyder has a DSc from the , a PhD from University College, London, an MS from Harvard University and an SM from Massachusetts Institute of Technology.