Boys on the Docks

Boys on the Docks 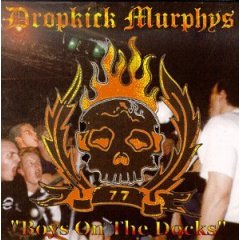 "Boys on the Docks" is the debut EP by the .

"Never Alone" and a Murphys' Pub Version of "Boys on the Docks" were also on their debut album, "Do or Die", which was released the next year. "Caps and Bottles" was later recorded for their 2001 album, "" "In the Streets of Boston" was recorded by The Business as "In the Streets of London" on their with the Dropkick Murphys, "".

Bass player Ken Casey is the only musician that has been with the band since this first EP (drummer Matt Kelly would join shortly after, and singer Al Barr would join the next year)