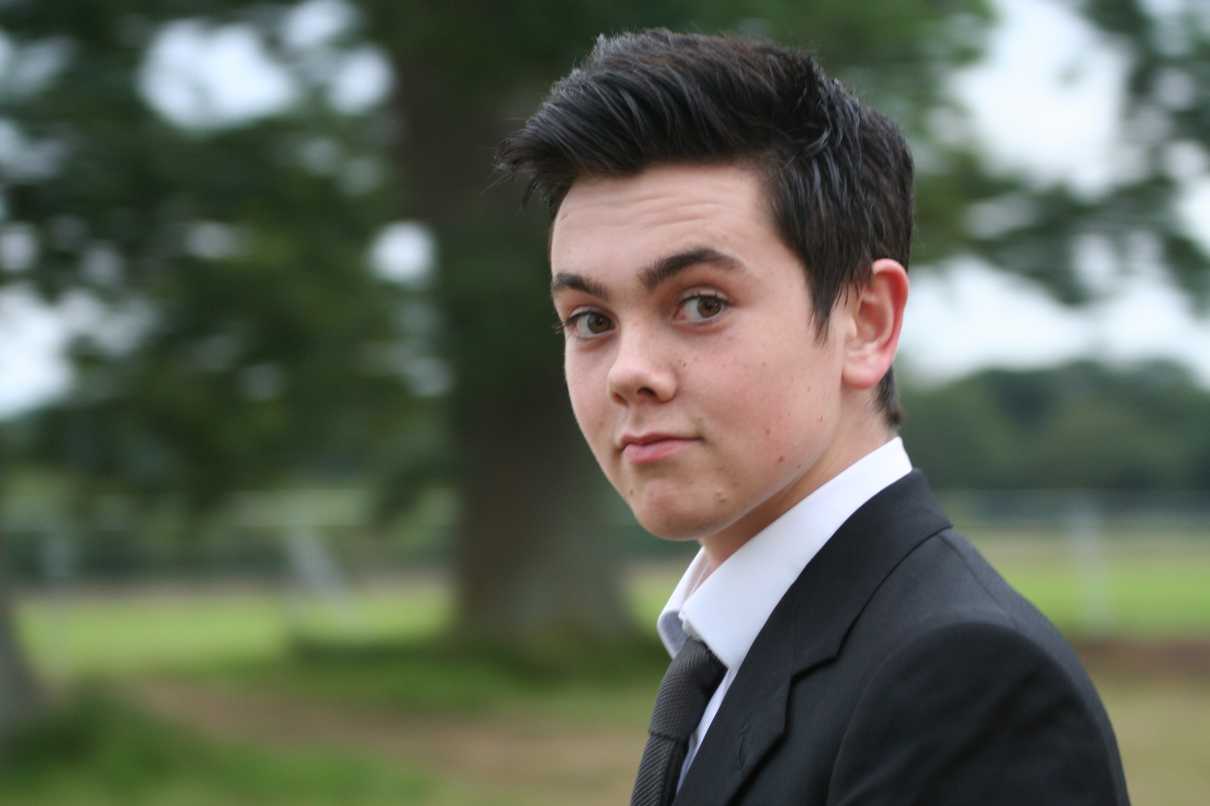 Raymond Arthur Quinn (born in , ) is an English ,singer and dancer, third of three sons brought up in Childwall by parents Val and Ray Snr. Ray now resides in Widnes with his partner of three years Kirsty McInerney.

Quinn attended Rudston Junior School in Childwall and Gateacre Comprehensive School, Liverpool. From a very young age a major influence in his life was his singing coach Suzanne Taylor. His interests in music often led to him being isolated from his peers during his childhood, he described his schoollife as "humming his favourite songs in the corner of the playground whilst all the other lads would be playing football or other things that teenagers would get up to. Quinn went on to study Performing Arts at Merseyside Dance and Drama College for a three year course where he completed two years before joining the X Factor finals.

Quinn is known for playing teenager in the "".

Ray will also be appearing in this years Production of Aladdin at the [http://www.thebroadwaytheatre.co.uk Broadway Theatre] , Peterborough. He will be playing the role of Aladdin. For more information [http://www.downtownproductions.co.uk Click Here]

Millions - Narrator of the film for Big Toe Radio, November 2004

Quinn finished a respectable 2nd in the 3rd series of (). He was runner-up to who was said to be "the best contestant ever on ".

Many of Ray's X Factor performances had an old-fashioned feel, and in the earlier stages of the competition he was criticised by Louis for repeatedly performing swing-style numbers. Sharon Osbourne christened him "panto boy" and the judges generally queried his ability as a pure singer as opposed to a "song-and-dance man". In the later stages some of the judges seemed satisfied that the range of his performances had widened. Quinn earned the nickname of 'the Munster' in the press, for his strong physical resemblance to one of the Munsters. Quinn did not accept this as an insult, instead choosing to receive it as a compliment.

Ray was in the bottom two in the fifth week along with Nikitta, but survived elimination. Ray was the runner up, finishing in second place behind Leona Lewis.

He was in 's category, the 16-24s. Initially, Quinn didn't make Cowell's final seven, but Cowell felt he had made a mistake, and expanded the final seven to a final eight, including Quinn. Quinn was eventually chosen to be in Simon's final four, and went through to the live rounds on Saturday nights and eventually to the final itself. After X Factor, Quinn was signed by and on recorded a swing album [cite news
title = X Factor loser Ray wins record deal
url = http://www.examiner.ie/breaking/story.asp?j=13331950&p=y333y996&n=13332038&x=
publisher =
date =
accessdate = 2006-12-18] at the in [cite news
title = X Factor's Ray heads to Sinatra studios
url = http://www.digitalspy.co.uk/article/ds40862.html | publisher =
date =
accessdate = 2006-12-18] His debut album "Doing It My Way" was released , the same day as fellow X Factor finalist . His debut album went straight to number one in the UK charts. His album also went Gold in the first week [cite news
title = Quinn wins X Factor album battle
url = http://news.bbc.co.uk/1/hi/entertainment/6464527.stm
publisher =
date =
accessdate = 2007-03-18]

In a Countdown of 'The Top 50 Reality TV Stars' presented by on the music channel Ray appeared at number 30.

In November 2007 Ray recorded a cover of the song 'You to me are everything' for the album 'Liverpool: Number ones Album', and in January 2008 Ray performed at the Number One Project concert at the Echo Arena, Liverpool.

Ray continues to perform at public and corporate gigs and makes regular television appearances. In June of this year he will be going on the west end show playing the T-bird "Doody" until November when he will join the cast of Aladdin at the [http://www.thebroadwaytheatre.co.uk Broadway Theatre] , Peterborough. He will be playing the role of Aladdin. For more information [http://www.downtownproductions.co.uk Click Here]

Ray was a judge on reality show "" in 2007, having been a Champion Ballroom dancer himself, alongside Theatre and Television actress, and Ballroom Dancing Legend, .

Ray Quinn also appeared on in December 2007 alongside many celebrities.

BBC - CBBC March 2008 - Ray completed all of his challenges on Hider in the House.