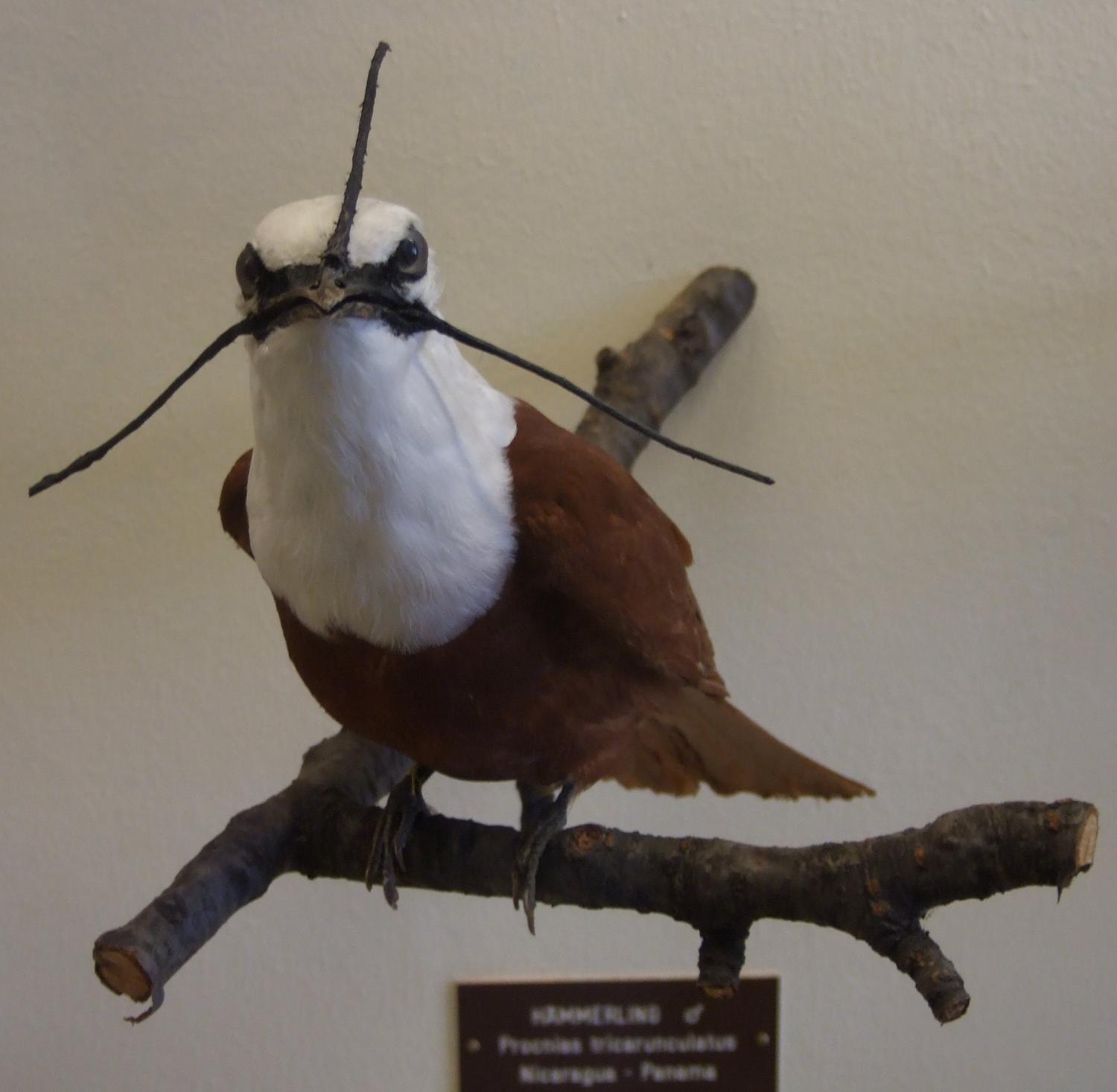 The Three-wattled Bellbird ("Procnias tricarunculata") is a n migratory bird of the family.

One of four species of bellbird that live in Central and , the three-wattled bellbird is between convert|25|cm|abbr=on and convert|30|cm|abbr=on long. The body, tail, and wings of the male bellbird are uniformly chestnut-brown, and its head is white with a black eye-ring, eye-stripe, and bill. Its name comes from the three worm-like wattles of skin that hang from the base of the bill. These wattles can be as long as convert|10|cm|abbr=on, and while there is some mobility in these, the central one is not extended directly skywards as shown on some old illustrations and s. The female bellbirds are smaller and less striking in appearance, being overall olive with yellowish streaking below, pure yellow vent and no wattles.

Famous for having one of the most unusual and distinct vocalizations of any bird in its range, the three-wattled bellbird exists from western south to eastern . While little is known about the migratory behavior of these birds, they breed primarily in n highlands (March-September) and return to lower elevations for the interim months.

Because of the secretive behavior of this bird, it is often only detected by its distinctive bell-like call given by the males. At close range, the vocalization is heard as a complex three-part song, the final "bonk" giving the bird its name. This hollow, wooden "bonk" is thought to be among the loudest bird calls on Earth, audible to humans from over convert|0.5|mi|abbr=on away.

Research by Donald Kroodsma of the Cornell ornithology lab showed that the three-wattled bellbird is unique among members of its , in that it learns its song, rather than having the song determined by instinct.