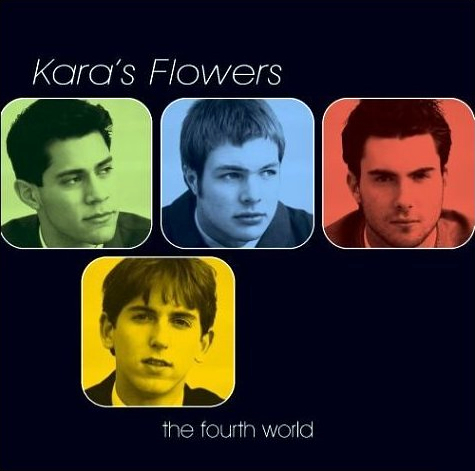 "The Fourth World" (1997) is an album released by the Los Angeles band . The album contains 11 tracks plus one bonus track on the Japanese edition.

The band signed with and released the album on , [ [http://www.vh1.com/artists/az/kara_s_flowers/artist.jhtml VH1.com: Kara's Flowers Artist Page] Accessed August 18th, 2007.] . However, the band had little success with the album and parted with the record label two years later.

This was the first and only album released by the band under the name of . After the band parted with the record label, they continued to explore different musical styles until finally coming together again with James Valentine to form , who released subsequent albums thereafter [ [http://www.allmusicguide.com/cg/amg.dll?p=amg&sql=11:09fwxqrhldfe allmusic: Kara's Flowers] Accessed August 18th, 2007.] .

Other songs from that period are "Hello, Hello", "Another Day", "Adore", "Good Evenind,Dr Nothing", "Yesterday When I Was Handsome" and "Funky"