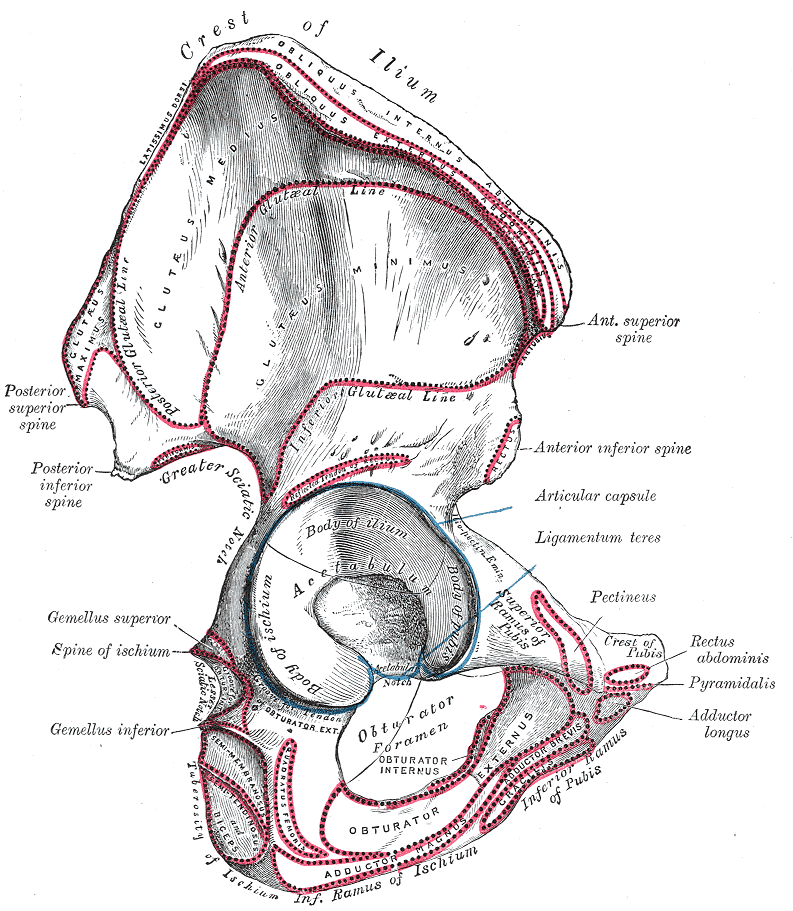 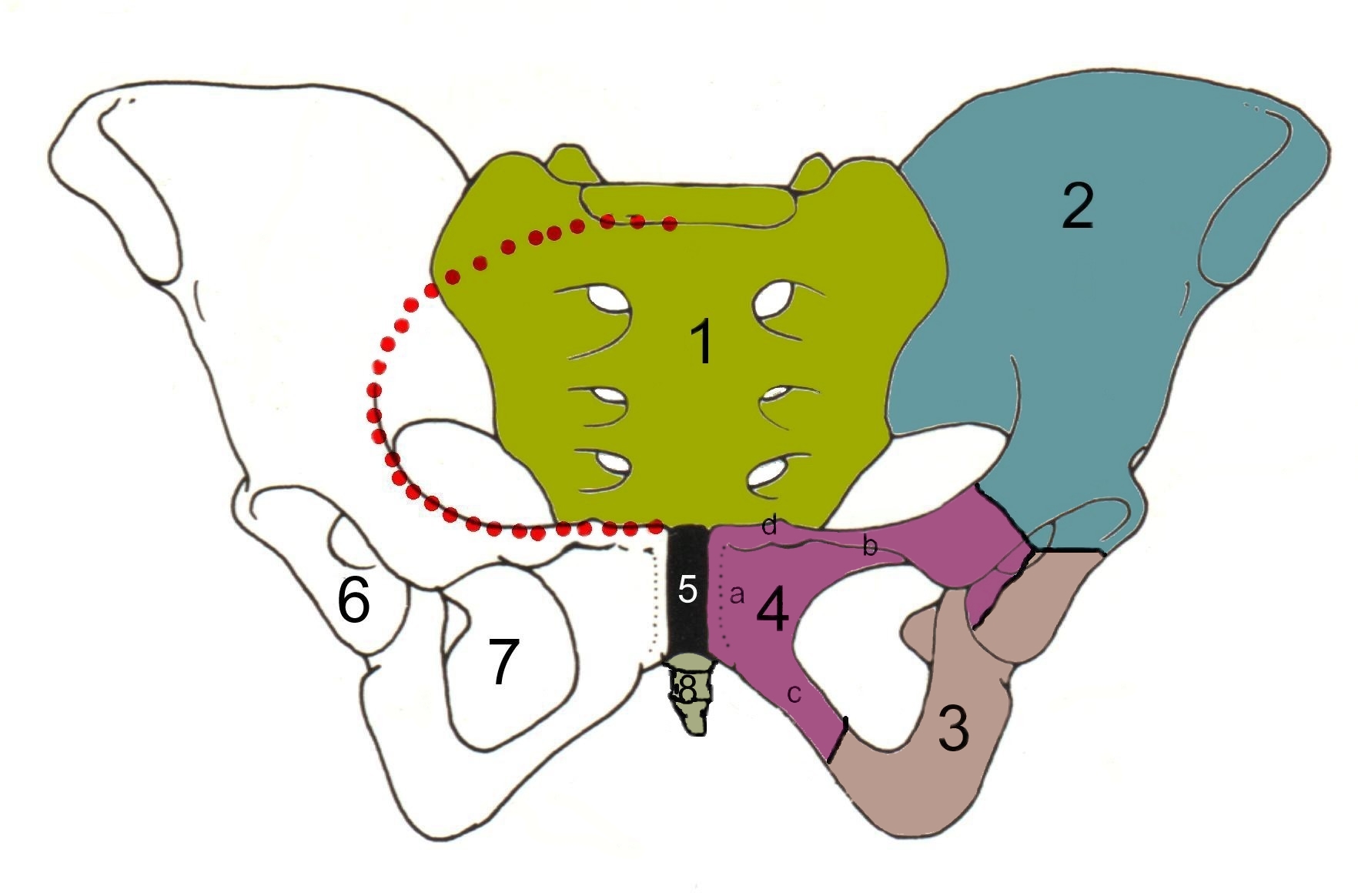 Caption2 = Pelvis. Inferior ramus is 4c.
System =
MeshName =
MeshNumber =
DorlandsPre = r_02
DorlandsSuf = 12690329
The inferior pubic ramus is thin and flattened. It passes lateralward and downward from the medial end of the ; it becomes narrower as it descends and joins with the below the .

Its "anterior surface" is rough, for the origin of muscles—the along its medial border, a portion of the where it enters into the formation of the , and between these two, the and magnus, the former being the more medial.

The "posterior surface" is smooth, and gives origin to the , and, close to the medial margin, to the .

The "medial border" is thick, rough, and , especially in . It presents two ridges, separated by an intervening space.

The ridges extend downward, and are continuous with similar ridges on the ;
* to the external is attached the .
* to the internal the inferior fascia of the .

The "lateral border" is thin and sharp, forms part of the circumference of the , and gives attachment to the .