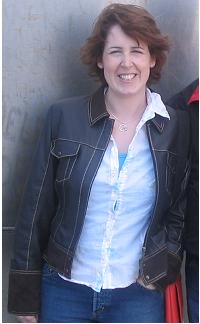 She has published ten fantasy s to date, all set in the world of "" series, and one crime fiction novel. Armstrong has confirmed contracts with her American, British and Canadian publishers for novels seven through ten in this series. The seventh novel in this series was published , . She has also written several serial s and short stories for the Otherworld series, which are available free from her .

Armstrong's first was released in July 2007.

Kelley Armstrong is married with three children; the family lives in rural .

Her novel "No Humans Involved" was a "New York Times" bestseller in the hardback fiction category on , .

Armstrong's "Women of the Otherworld" series is part of a recently popular subgenre of the that superimposes supernatural characters upon a backdrop of contemporary North American life, with strong romantic elements. Within that subgenre, she is notable for including many types of supernatural characters, including es, sorcerers, , s, s, s and s, rather than limiting herself primarily to a single type of supernatural creature. Most of her works have a genre plot, with leading characters investigating some novel situation or unsolved question.

In "Otherworld" novels to date, most supernatural powers are either hereditary, or arise from the act of an existing supernatural of the same type. The "Otherworld", while it has overarching conflicts and plotlines that span multiple novels is, thus far, not an epic battle between good and evil. The novels are largely with the continuing plotlines primarily involving the developing lives of the main characters.

The "Women of the Otherworld" series

* "Witch Magic (SFBC Omnibus Edition)", released in 2004 in the UK, was a republication of "Dime Store Magic" and "Industrial Magic" in one volume.

The complete series, including online works

* "The Summoning" (released 1 July 2008). First novel in a planned trilogy set in the same world as "Women of the Otherworld" featuring Chloe Saunders, who can see the dead and is put in a mental home. [ . [http://www.kelleyarmstrong.com/aDarkest.htm Darkest Powers Trilogy] ]