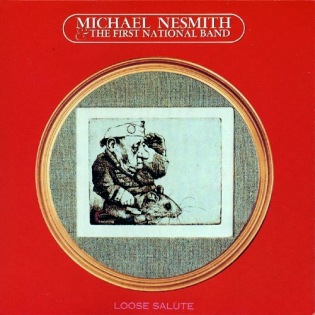 Loose Salute is the third album by American singer-songwriter , released in 1970 and dedicated to Tony Richland. It peaked at No. 159 on the Billboard Pop Albums charts.

The version of "Listen To The Band" featured here is the song's third version; previous versions appeared on "" (featuring The Monkees' final performance of the 1960s with ) and as a late-1969 single by . A quasi-instrumental number, "First National Dance," was recorded for the album but replaced at the last minute by "Silver Moon". A cover of 's song "Guitar Man" was recorded but not issued on the album.

"" stated in their review "Loose Salute" doesn't cohere quite as well as "Magnetic South", but the material is strong, the band sounds great, and Michael Nesmith offered even more surprises than he had in his first turn at bat; it's one of the strongest records in his catalog as a solo artist."

It was reissued with "Magnetic South" on CD by BMG International in 2000. The above-mentioned "First National Dance" is included on this release.. [ [http://www.allmusic.com/cg/amg.dll?p=amg&sql=10:hbfuxqlkldse Magnetic South and Loose Salute reissue review on Allmusic.] ]