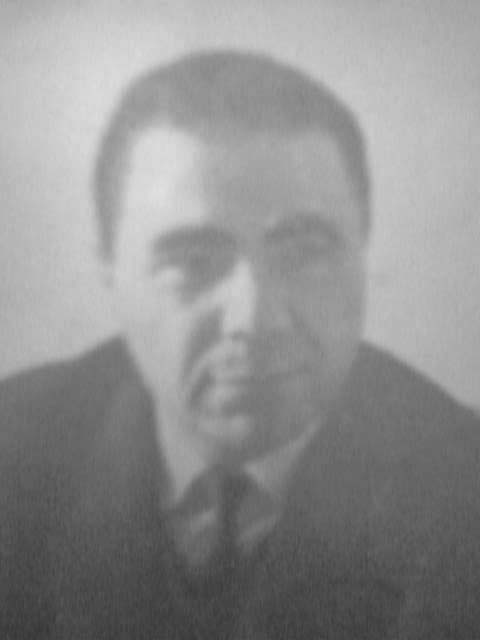 Victor Amazaspovich Ambartsumian, ( _hy. Վիկտոր Համբարձումյան, OldStyleDate|18 September|1908|5 September, &ndash; , , ) was a n scientist, one of the founders of the . He worked in the field of physics of stars and , stellar , dynamics of and of stars and , contributed to . Stalin Prize of the USSR (1946,1950),
(1968,1978), State Prize of the Russian Federation, , numerous academic awards. Ambartsumian was the founder of .

Ambartsumian was born to an Armenian family in in 1908. His father was the philologist and writer Hamazasp Asaturovich Amabartsumian, the translator of ’s "Iliad" into Armenian. In 1924 Victor entered the physico-mathematical department of and then of . As a student in 1926 he published his first scientific article, devoted to sun jets. Amabartsumian continued his postgraduate studies at under the guidance of professor A. A. Belopolskij in 1928-1931.

In 1930 married Vera Feodorovna Klochihina, born at Lisva, Solikamsk uyezd, ). After three years of affiliation at Leningrad University in 1934 Ambartsumian founded and headed the first astrophysics chair. In1939-1941 Amabartsumian was the director of the .

The War found him holding the position of the pro-rector of Leningrad State University. The scientific laboratories of the University were evacuated in 1941 to remote () where Ambartsumian spent four years directing the work of the refugee laboratories. In 1939 Ambartsumian was elected a correspondent member of the . In 1953 he became a full of the Academy. In the heaviest period of the war, in 1943 the was founded. Probably, this was a reward Armenia received for her loyalty to the in the great war effort. was appointed as the president and Ambartsumian as the vice–president of Armenian SSR Academy.In 1947 Ambartsumian was elected as the president of the Armenian SSR Academy and since then he was invariably re-elected to the position till 1993. In 1993 he became the Honorary President of the Armenian National Academy.

V. A. Amabartsumian died in August 1996 in Byurakan and is buried next to the Grand Telescope Tower.

Physics of stellar shells and .

In 1932 “Monthly Notices” of the published a paper by V. A. Amabrtsumian “On the radiative of a planetary nebula”, nowadays considered to be the corner-stone of the modern theory of the gas nebulae. In a series of research articles by Ambartsumian that topic was developed further. In one of these articles Ambartsumian (with N. A. Kozyrev) managed to evaluate for the first time the masses of the gas shells ejected by the novae. Elaborate methods were applied in the research of gas shells of the non-stationary stars. The evaluations of the masses proved significant in the problems of the stellar evolution. In particular they resulted in the identification of the symptoms of the pending changes in the life of a star. Ambartsumian lay the basis of the theory of the star shells and gas nebulae and explained many particularities of their .

Dynamics and statistical mechanics of the .

In 1936 Ambartsumian gives an elegant solution of a mathematical problem posed by the famous British scientist : determination of the distribution of stellar spatial speeds based on the distribution of their radial speeds. The solution was published in the “Monthly Notices” by recommendation of Arthur Eddington himself. Decades later the same mathematical problem reappeared in the context of s. Eventually (1979) that mathematical topic was marked by the in medicine “For the development of computer assisted tomography”. The research conducted by Ambartsumian in the stellar system statistics and dynamics laid the foundations of the statistical mechanics of the stellar systems. For this particular contribution Ambartsumian was rewarded with the State Prize of the Russian Federation in 1995.

In 1935-1937 Ambartsumian in a polemic with celebrated British scientist regarding the age of our stellar system the , proved that it is at least by 1,000 times younger than the estimate given by Jeans and accepted by the scientific community.

The nature of the inter-stellar matter and theory of fluctuations.

A series of articles Ambartsumians studied the inter-stellar matter in the . Ambartsumian puts forward an entirelynew concept, that the light absorption in the Galaxy is caused by the presence of numerous dust nebulae or “absorbing clouds” in the inter-stellar space. Based on this concept of patchy structure of the inter-stellar absorbing matter the fluctuation theory was developed, which became a new direction in astronomy.

The theory of in .

During the years of the Amabrtsumian created a new theory of light diffusion in turbid media, based on invention of his own. Using that mathematical tool Amabrtsumian resolved a number of nonlinear problems of the lightdiffusion. The invariance principle is presently widely applied in the different divisions of mathematical physics. In their book ‘Invariant Imbedding. Radiative Transfer in Slabs of Finite Thickness’ R.E.Bellman, R.E.Kalaba and M.C.Prestrud write that “As a result of this pioneering work, new analytic treatments were made available and simplified computational solutions were obtained. These ideas were further developed and extensively generalized by in a series of fundamental papers and in 1950 in his book… Many otherwise intractable problems were tamed, and great advances were made”. (American Elsevier Publishing Co., 1963, p1.) In 1946 for the creation ofthe theory of lights diffusion in turbid media Ambartsumian was awarded his first .

Ambartsumians theoretical analysis based on of the observational material for stellar systems belonging to our Galaxy resulted in a discovery of a new type of stellar systems. These expanding systems endowed with a positive energy he named “stellar associations” and proved their relatively young age. This proved to be a revolutionary basis in stellar cosmology, since it implied that the star formationprocess in the Galaxy is going on even today and the stars are born in groups. In 1950 Amartsumian was awarded his second Stalin Prize for the discovery and the research of the new type of stellar systems.

The physics of and the .

No less interesting are the results of Amabartsumian’s research in the so called , observed in the spectra of the young stars of the TAU Taurus type and their satellite non-stationary stars. This research led to important conclusions as regards the nature of the stellar energy sources. Amabartsumian proposed principally new concept of pre-stellar matter, based on his research of stellar associations. As opposite to the classical hypotheses suggesting that the stars have been formed as a result of condensation of diffuse matter, the new hypothesis postulated the existence of massive bodies, the “proto-stars”. The process of disintegration of proto-stars is responsible for the formation of the stars in the associations.

Ambartsumian dedicated much research to the evolution of the galaxies - huge stellar systems resembling our Galaxy. He authored the new concept of activity of the (cores, central condensations), to have a decisive role in the genesis and evolution of the galaxies and their systems. Owing to that vision, the study of the grand scale non-stationary phenomena, observed in the galaxies became the central subject of the extra-galaxy astronomy. An important research of Amabartsumian and his followers was dedicated to the blue ejections from the nuclei of the gigantic galaxies, galaxy systems of new type, the so called compact galaxies, etc. Ambartsumian’s first Solvay lecture, delivered in 1958, concerning the explosion of nuclei of the galaxies, was groundbreaking. That first lecture and the development it starts were described by Jerzy Neyman in his article ‘Reminiscences of a Revolutionary Period in ’. As Neumann recalled, despite initial scepticism , “Ambartsumian’s arguments and many-sided documentation made the attending scholars think, and there followed several important international developments…”Neyman concluded that “Evidence in favor of the Ambartsumian’s Hypothesis is now overwhelming. My hearty congratulations to Professor V.A. Ambartsumian, the Copernican Revolutionary…!” (Problems of Physics and Evolution of the Universe, Publishing House of the Armenian Academy of Sciences, Yerevan, 1978, pp.243-250.)

A citation from the article of Nobel prize winner “Computed Tomography: some history and recent developments” (Proc. Of Symposia in Applied Mathematics, Vol 29, p35, 1985):“… Radon's problem in a three dimensional velocity space… … Ambartsumian gave the solution in two and three dimensions in the same form as Radon. Furthermore, he took groups of stars of three different spectral types, with four to five hundred stars in each group, and he used his theoretical results to deduce their actual velocity distributions from the distributions of their radial velocities…. … This is the first numerical inversion of the Radon transform and it gives the lie to the often made statement that computed tomography would be impossible without computers. Details for the calculation are given in Ambartsumian's paper, and they suggest that even in 1936 might have been able to make significant contributions to, say, the diagnosis of tumors in the head….… it seems to me quite possible that Ambartsumian's numerical methods might have made significant contributions to that part of medicine had they been applied in 1936….”

Amabartsumian combined his work in science with lecturing and other pedagogic activity. He is the author of the first in the USSR manual “Theoretical astrophysics” (1939) and a co-author of the course “Theoretical astrophysics” (1952), translated into many languages. Since 1931 he lectured in Lenigrad University. In 1937 Ambartsumian founded in LU the first in the USSR Faculty of Astrophysics, which he headed till 1947. In 1939-1941 Ambartsumian held the positions of the Director of the LU Observatory and the pro-rector of LU for science. In 1941-1943 he was the Director of the Elabuga branch of the LU. In 1944 Ambartsumian founded a faculty of Astrophysics in Yerevan University.Ambartsumian founded scientific schools in Leningrad and Byurakan that had influenced many branches of astronomy. V.A. Ambartsumian immensely contributed into science popularization by publishing booklets and articles on different problems of astrophysics.

V.A.Ambartsumian was awarded two Stalins Awards, Russian Federation State Award and (1971) . V.A.Ambartsumian was twice nominated the title of a Hero of Social Labor, received many medals and orders.V.A.Ambartsumian was elected as an honoree or international member of the Academies of Science of Austria, Belgium, Bulgaria, Democratic Republic of Germany, Georgia, Denmark, Italy, London Royal Society, Netherland, the USA, France, Sweden, American Academy of Science and Art in Boston, New York Academy of Science, German Academy of Sciece (“Leopoldina”) in Halle (DRG), Royal Astronomical Societies of England and Canada, American Astronomical Society, Philosophical Society of Cambridge, as an honoree doctor the Universities of Liege, Australian National, La-Plata Observatory, Paris and Copernicus in Torin.