There's a Place for Us

There's a Place for Us 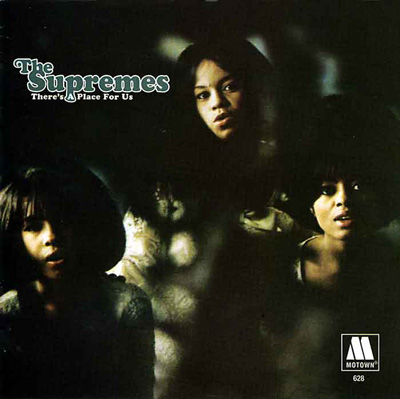 "There's a Place for Us" is an album recorded by girl-group in 1965, for many years the most famous of the trio's unreleased albums. The album, composed of and pop standards, was released by Motown and Select in 2004 (see ).

"There's a Place for Us" was recorded in late 1964 and through the first half of 1965, and was to have been issued in the summer of that year to tie in with the group's debut appearance at the famous Copacabana nighclub in . Supremes members , and worked with two sets of producers, one in , the other in . The album was postponed and finally cancelled, with the live album "" being released in November 1965. Several standards similar to those recorded for this album appeared on the Supremes' next studio album, 1966's "I Hear a Symphony", whose cover is similar to that intended for "There's a Place for Us".

Several selections from "There's a Place for Us" would remain a staple of the group's live act for several years to come, most notably "You're Nobody Til Somebody Loves You" and "Somewhere" from "". The album's title is derived from the first stanza of "Somewhere's" lyrics.

In 2004, Select remastered and released the album, with the original artwork and liner notes, in and formats. Hip-O also expanded the original twelve tracks to twenty-six by incorporating selections from aborted album projects such as "Tribute to the Girls" (to have been released in late 1965/early 1966) and "The Supremes And The Motown Sound: From Broadway To Hollywood" (to have been released in 1967), as well as outtakes from released albums.

Mary Wilson sings a rare lead vocal on "Our Day Will Come", while Florence Ballard sings lead on "People". Diana Ross sings lead on the remaining songs. They are all featured on an original number, "Fancy Passes".