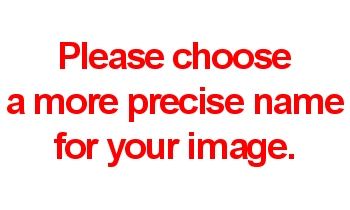 Becker was one of the first economists to branch into what were traditionally considered topics belonging to , including racial discrimination, crime, family organization, and drug addiction (Cf. and ). He is known for arguing that many different types of human behavior can be seen as rational and utility maximizing. His approach can include altruistic behavior by defining individuals' utility appropriately. He is also among the foremost exponents of the study of . Becker is also credited with the "". He is married to , an historian of the Middle East whose research interests overlap his own. [ [http://home.uchicago.edu/~gbecker/biography/biography_2.html Gary S. Becker - Biography ] ]

According to the Nobel Prize citation, his work can be categorized into four areas:
* investments in human capital
* behavior of the family (or household), including distribution of work and allocation of time in the family
* crime and punishment
* discrimination on the markets for labor and goods.

Becker’s Nobel lecture, "Nobel Lecture: The Economic Way of Looking at Behavior", subsequently published in the "", reviews his four key areas of research. He explains that his framework of analysis is not a traditional self-interested motivation but rather an analysis based on a set of assumptions and individual preferences. Yes, agents are maximizing welfare but it is based on individual conception constrained by income, time, and imperfect memory and calculation capabilities. Much of his research focuses on the impact of the rising value of time as a result of economic growth.

Usually considered politically conservative, he wrote a monthly column for "" from 1985 to 2004, alternating with liberal Princeton economist . In December 2004, Becker started a joint with Judge entitled .

Becker often includes a variable of taste for discrimination in explaining behavior. He believes that people often mentally increase the cost of a transaction if it is with a minority they discriminate against. His theory held that competition decreases discrimination. If firms were able to specialize in employing mainly minorities and offer better product or service, such a firm could bypass discrepancy in wages etc. between equally productive blacks and whites or females and males.

Becker’s interest in arose when he was rushed for time one day. He had to weigh the cost and benefits of legally parking in an inconvenient garage versus in an illegal but convenient spot. After roughly calculating the probability of getting caught and potential punishment, Becker rationally opted for the crime. Becker surmised that other criminals make such rational decisions. However, such a premise went against conventional thought that crime was a result of mental illness and social oppression.

While Becker acknowledged that many people operate under a high moral and ethical constraint, criminals rationally see that the benefits of their crime outweigh the cost such as the probability of apprehension, conviction, punishment, as well as their current set of opportunities. From the public policy perspective, since the cost of increasing the fine is marginal to that of the cost of increasing surveillance, one can conclude that the best policy is to maximize the fine and minimize surveillance. However, this conclusion has limits, not the least of which include ethical considerations.

One of the main differences between this theory and 's rational choice theory, which had been abandoned in criminology, is that if Bentham considered it possible to completely annihilate crime (through the ), Becker's theory acknowledged that a society could not eradicate crime beneath a certain level. For example, if 25% of a supermarket's products were stolen, it would be very easy to reduce this rate to 15%, quite easy to reduce it until 5%, difficult to reduce it under 3% and nearly impossible to reduce it to zero (a feat which would cost the supermarket, in surveillance, etc., that it would outweigh the benefits).

Becker’s research was fundamental in arguing for the augmentability of . When his research was first introduced it was considered very controversial as some considered it debasing. However, he was able to convince many that individuals make choices of investing in human capital based on rational benefits and cost that include a return on investment as well as a cultural aspect.

His research included the impact of positive and negative habits such as punctuality and alcoholism on human capital. He explored the different rates of return for different people and the resulting macroeconomic implications. He also distinguished between general to specific education and their influence on job-lock and promotions.

Becker’s research on human social interactions has had many implications for the family such as for the marriage market, divorce, fertility, and social security. Becker argued that such decisions are made in a marginal-cost and marginal-benefit framework. For example, he concluded that wealthier couples have higher cost to divorce and thus a lower divorce rate.

A major focus of Becker’s research was the impact of higher real wages in increasing the value of time and therefore the cost of home production such as childrearing. As women increase investment in human capital and enter the work force the opportunity cost of childcare rises. Additionally, the increased rate of return to education raises the desire to provide children with formal and costly education. Coupled together, the impact is to lower fertility rates.

A more controversial issue was Becker’s conclusion that parents often act altruistically towards selfish children by highly investing in a child in an effort to indirectly save for old age. Becker believed that the rate of return from investing in children was often greater than normal retirement savings. However, parents can not know for sure that the child will take care of them. Since they cannot legally bind a child to care for them they often resort to manipulation through instilling a sense of “guilt, obligation, duty and filial love that indirectly, but still very effectively... commits children to helping them out.” Becker even went so far as to say that social security can cause families to be less interdependent by removing the motivation of parents to use altruistic behaviors in motivating their children to care for them.

An article by Gary Becker and Julio Elias on "Introducing Incentives in the market for Live and Cadaveric Organ Donations" [http://graphics8.nytimes.com/images/blogs/freakonomics/pdf/BeckerEliasOrgans(5-06).pdf] said that a free market could help solve the problem of a scarcity in organ transplants. Their economic modelling was able to estimate the price tag for human kidneys ($15,000) and human livers ($32,000). It is argued by critics [http://www.nature.com/ncpneph/journal/v2/n9/full/ncpneph0268.html] , that this particular market would exploitat the underprivileged donors from the developing world. This view was endorsed by the National Kidney Foundation in a testimony to the US Congress where Dr Francis Delmonico argued that "...a US congressional endorsement for payment would propel other countries to sanction unethical and unjust standards...".

Becker is also famous for his economic analysis of democracy. He asked what determines the extent to which an interest group can exploit another. The basis of his analysis was the concept of deadweight loss. A thief damages his victim by stealing money and byforcing the victim to dash about replacing credit and identity cards. More technically the interest group harms its victim by taking money and by imposing deadweight losses. Becker’s insight was to recognize that deadweight losses put an exponential break onpredation. He took the well-known insight that deadweight losses are proportional to the square of the tax, and used it to argue that a linear increase in takings by a predatory interest group will provoke a non-linear increase in the deadweight losses its victim suffers. These rapidly increasing losses will prod victims to invest equivalent sums in resisting attempts on their wealth. The advance of predators, fueled by linear incentives slows before the stiffening resistance of prey outraged by non-linear damages.Becker’s model has been seen by some as implying that politics are efficient because deadweight losses are a break to predation. This conclusion has weight if we hold constant all other forces that influence political outcomes and the conclusion fits neatlyinto the hypothesis that virulent predators evolve into benign symbiotes, but the conclusion comes from a partial reading of Becker’s model. The outcome of a contest between interest groups depends also on combatant’s political savvy. Groups with the giftof intrigue, or with more guns, can laugh at deadweight losses and impose their will for generations, as the sad example of African dictatorships shows. Becker’s analysis is so general that its hull can fit around just about any sort of relationbetween interest groups. The model applies as well to dictatorships as it does to democracies. What is remarkable is that what some may see as a Dr. Seuss version of political modeling can make powerful testable predictions about interest groups.

He is also noted for his advocacy of s.