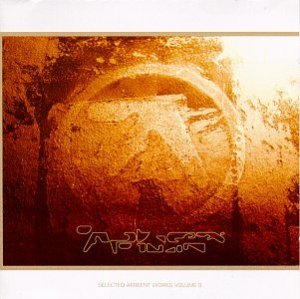 "Volume II" differs significantly from the first volume in the series, in that the first volume is mostly beat-oriented, with complex instrumental patterns and heavy bass frequencies. In contrast to the fast, club-inspired ambient music of its predecessor, "Volume II" consists of slow, moody pieces, performed much like ambient pioneer ; e.g. " [lichen] " is reminiscent of Eno's "". Many of the tracks feature almost no percussion, and have strong textures. James said that the album is "like standing in a power station on acid."

Richard D. James has stated in interviews that the sounds in this music were inspired by lucid dreams, and that upon awaking, he would attempt to re-create the sounds and record them. He claimed that he has natural synaesthesia, which contributed to this album.

"Volume II" originally consisted of 25 s, all untitled except for the song "Blue ." Every song matches with a specific taken by James himself (except for a solid blue representing the first track of the second CD, "Blue Calx"). The graphics are part of an d track-listing system that uses circles and s—present in varying forms among the different releases—to represent each track (it may even be the case that the diagrams themselves are the actual track names). The lack of written titles for the tracks on this release provided impetus for fans of the album to come up with their own. Officially, however, the songs are still referred to by their track numbers. The most widely accepted track names are below:

There were several editions of "SAW2" available for purchase. The most complete, with all 25 tracks, were the Limited Edition UK vinyl, which was pressed on brown vinyl and limited to a press run of 10,000 copies, the regular black vinyl release, and the UK cassette edition, released simultaneously with the vinyl and CD. Both of these are out of print. The second most complete version is the Warp Records (UK) CD release, which has every track except for " [stone in focus] ", omitted due to the capacity limit of the CD format. The third most complete version is the Sire Records (US) CD release, which "also" omits " [hankie] ". The only hard-copy digital form of " [stone in focus] " can be found on the compilation "". On this compilation, it has been given the name "#19" and appears as track number 10. [http://www.discogs.com/release/59922]

The names for the tracks listed, as aforementioned, are interpretations of the photographs on the labels for the copies and inlay for the double CD release. On the Sire Records (US) editions, various photos were altered, either by showing unblurred photographs or by changing the image altogether. The image representing " [stone in focus] " was removed entirely on the US version, leaving behind an empty white box. The image for "Blue Calx", it being the only explicitly named track, is a blue box that reads "Blue Calx".

"Blue Calx" originally appeared on the compilation album "" under the artist name Blue Calx, which was released in cooperation with .

The front cover for this album features the textual Aphex Twin logo that was used on the earlier "", albeit in a broken, incomplete form.

"Blur" was used in the closing credits of the final episode of season 3 of The Sopranos, Army of One.

Numerous tracks from "Selected Ambient Works Volume II" are used in the comedy series and Jam.

The album is referenced by name in the song by band Visually Impaired Placenta.

Track number 3, "rhubarb" was used as part of the soundtrack for a film used by the on Digital TV test transmissions. Also, "rhubarb" and "stone in focus" are featured several times in the animated flash series and , respectively, both of which are by animator .

"Rhubarb" "Curtain" "Window Sill" and "Radiator" were featured on a BBC Documentary about the philosophy of "".

"Shiny Metal Rods" was used in a "" Commercial and in a channel 4 advertisement for a TV programme.

"Rhubarb" was featured on the 2007 award winning Canadian documentary "".

"Z Twig" was used in the Niko Bellic teaser trailer for , and features on the game's soundtrack.