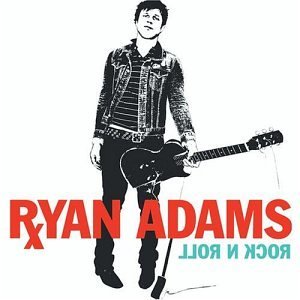 
"Rock n Roll" is the fourth studio album by , released on , . The album features the hit single "So Alive," and includes guest appearances by Adams's then girlfirend, actress , former Hole and bass player , and 's . Adams describes the album as "the most rock thing I have ever done,”

Upon the album's release, Adams noted that it:

"only took two weeks to make, but I swear to God, I've been preparing to make it for five or six years. My first record, "Heartbreaker", was a studied folk-traditionalist record in a lot of ways, even though the things I was singing about were instinctive; and with the next one, "Gold", I wanted to make a classic-rock record like the ones they used to play on CBS-FM, but only if every cool classic-rock song that came on CBS-FM happened to be written and performed by me. But "Rock N Roll" is unadulterated — it's the way I play guitar live. It's the exact sound I always use when I make the demonstration recordings for my records. The other albums are concept records a little bit, but I wasn't trying to reference anything here. [cite web|url=http://findarticles.com/p/articles/mi_m1285/is_11_33/ai_111114549|title=Ryan Adams: behind closed doors, one of music's most idiosyncratic heartbreakers gets intimate with his paramour, actress Parker Posey, opening up about finding his voice and getting his rock on|last=Posey|first=Parker|date=2003-12|publisher=|accessdate=2008-08-19]

However in a 2007 interview, Adams claims that he: "made the worst album [he] could think of and [the label] loved it. When you've got lyrics like, "The sun shining down on my feet/The city is an animal ready to eat," how could anybody not know I was joking? It's so dumb."Fact|date=August 2008

The album is said to be a reaction to Lost Highway's refusal to release "Love is Hell". Adams notes that he: "wanted to rock. I was tired of being fucking sad all the time. I’ve been on anti-depressants for three fucking years to try to sleep and deal with all this pressure and bullshit because my life is spinning out of control, because my business life is not what I want it to be. My artistic life shouldn’t be like this. And finally I got tired of it." [cite news|title=Ryan Adams|last=Watson|first=Ian|date=2004-01|work=Rolling Stone (Australia), January 2004|publisher=|accessdate=2008-08-19]

The ensuing standoff was resolved "by being very diplomatic," according to Adams. "Rock n Roll" became the primary product, while "Love is Hell" was split into two EPs and eventually released in its entirety. [cite web|url=http://www.usatoday.com/life/music/news/2004-01-15-ryan-adams_x.htm|title='Rock N Roll' for its own sake|last=Gundersen|first=Edna|date=2004-01-15|publisher=|accessdate=2008-08-19]

Regarding the album's title, Adams notes that:

"We were going to name it "Steal This", and I wish we had. I just thought that sounded great. We actually had three names, the other one’s really crap. It was "Diamonds", coked-out name for sure. "Diamonds" is so coke. And then it was "Rock ’n’ Roll". Then we flipped it. Well, I like our titles to be kind of obvious. I mean, when I get super high and I read the titles of my records, I start laughing really hard. Because they’re, like, really dumb, like "Heartbreaker"? That’s fucking funny. "Gold" is way funnier. "Demolition" is almost crass, and then "Love is Hell" and "Rock ’n’ Roll", it’s like, come on.”

"'Note to Self: Don’t Die’ began as a list of things I needed to remind myself of. It was supposed to be kind of funny. I was having an open dialogue with myself and telling myself to remember to do things like: ‘Don’t beat yourself up. Stop being afraid of being different, you’ve always been different. Let yourself make mistakes. Speak to other people the way you’d like to be spoken to. Don’t try to always be in charge.’ Lately I’ve been trying to look for deeper meaning and trying to pay attention to details and trying to let go, but mostly I keep telling myself to go deep and find deeper meaning because it’s easy when you want to control yourself or box yourself to just sort of, like, make most events to be topical and unemotional so that you can escape through them."