The Last Beat of My Heart

The Last Beat of My Heart

Infobox Single
Name = The Last Beat of My Heart 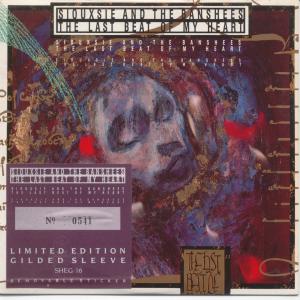 The song is a with minimal instrumentation, mainly driven by drumming from Banshees member Budgie. Sioux's vocals address a lover who is leaving a relationship, as she asks for him to return to her. She declares her desire to be "close to you til the last beat of my heart".

"The Last Beat of My Heart" reached number forty-four in the . Upon its inclusion on the 1992 compilation album "", a live recording of the song from 1991 replaced the single version.

The single was described by a review as "a swirling, smouldering masterpiece which will capture your ticker within the first few moments and hold it fluttering in awe. With a ghostly accordian adding to the building power, Siouxsie's hypnotic voice is just unnerving enough to delight. A true gem." [http://www.thebansheesandothercreatures.co.uk/peepshowsingles.htm link]