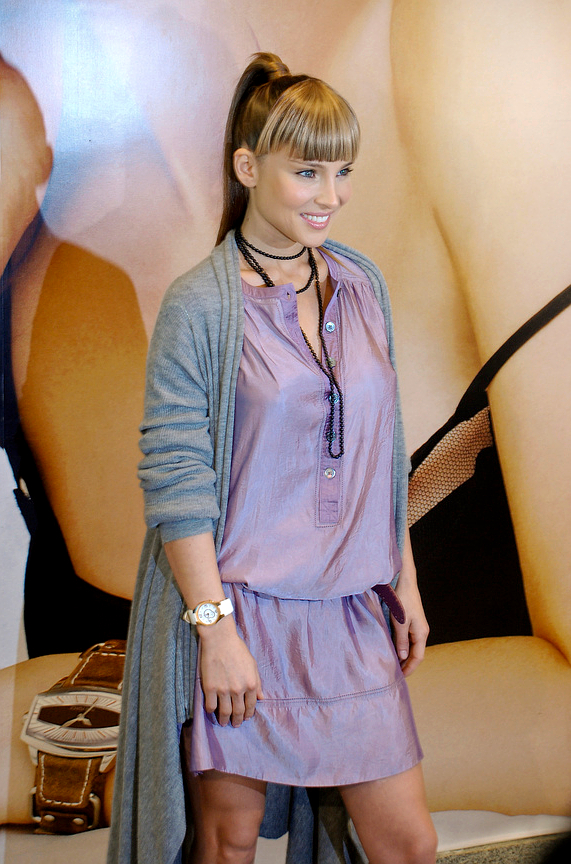 Pataky was born as Elsa Lafuente Medianu in , , the daughter of Cristina Pataky, a publicist with ancestry, and José Francisco, a chemist. [ [http://movies.yahoo.com/movie/contributor/1804504141/bio Elsa Pataky Biography - Yahoo! Movies ] ] Pataky attended the and studied . During this time, Pataky also enrolled in acting classes. She was also a member of the Madrid theatre company, Teatro Cámara de Ángel Gutiérrez. Eventually, she left school when she was cast in the television series "".

With the success of "Al Salir de Clase", Pataky received her first film offer, "". Some of her subsequent films were co-productions with the UK and France, which introduced her to working in English and French.

Pataky has appeared in over ten Spanish films and most recently crossed over into the French market with her co-starring role in the 2004 box office hit, "". She also appeared in a supporting role in the David Ellis-directed film "" (2006), alongside . She is received good reviews for her work in the Spanish film "", helmed by Oscar winner .

Pataky enjoys rollerblading, , and horseback riding. She was in a relationship with French actor (her co-star in Iznogoud), currently she is dating American actor . She is the face on ice cream stands in Spain. [ [http://www.people.com/people/article/0,,20159781,00.html Adrien Brody & Elsa Pataky's 'Private' Rings - Couples, Adrien Brody : People.com ] ] She is said to be getting married to Adrien Brody, as reported in .