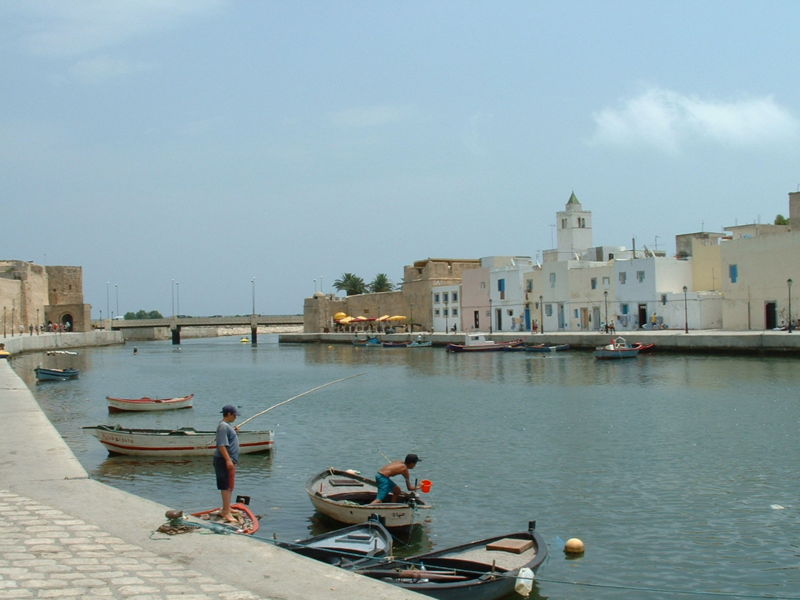 Bizerte is known as the oldest and most European city in Tunisia. It was founded around 1000 BC by ns from Tyre. It is also known as the last town to remain under French control after the rest of the country won its independence from .

Initially a small Phoenician harbour, the city came under the influence of after the defeat of during the . The city was then occupied by the Romans, under the name of Hippo Diarrhytus or Zarrytus, was dismantled and moved to Utica.

Bizerte was successively conquered by the in 647 (who gave the city its current name), by the troops of Charles V of the Holy Roman Empire in 1535, and then by the Turks in 1574. The city then became a corsair harbour and struggled against the French and the Venetians.

Under the , gained control of Bizerte and built a large naval harbour in the city.

In 1924, after the French government officially recognised the Soviet Union (), the military fleet of Tsarist Russia that had been kept in the port of Bizerte was returned to the Soviet government. The ships never moved from the port and finally were sold there as scrap metal.

Due to its strategic location on the Mediterranean, France wanted to keep control of its naval base there. So France kept control over the city even after Tunisia gained its independence in 1956. The city was blocked in 1961 by the Tunisian Army and Navy, then attacked. France responded by dropping 7,000 paratroopers and sending in three warships. The three day battle resulted in 700 dead and 1,200 wounded amongst the Tunisians at the cost of 24 dead and 100 wounded amongst the French.

Bizerte is located on the north coast of Tunisia, 66 km north of and 15 km away from Cap Blanc, the northernmost point in Africa. The city is on the Mediterranean coast and is close to both and .

Bizerte's economy is very diversified. There are all types of military bases and year round tourism, but not comparable to the eastern coast of Tunisia. There is manufacturing (textile, auto parts, cookware), fishing, fruits and vegetables, and wheat.

Bizerte is famous for its beautiful forests and beaches and the great sights.