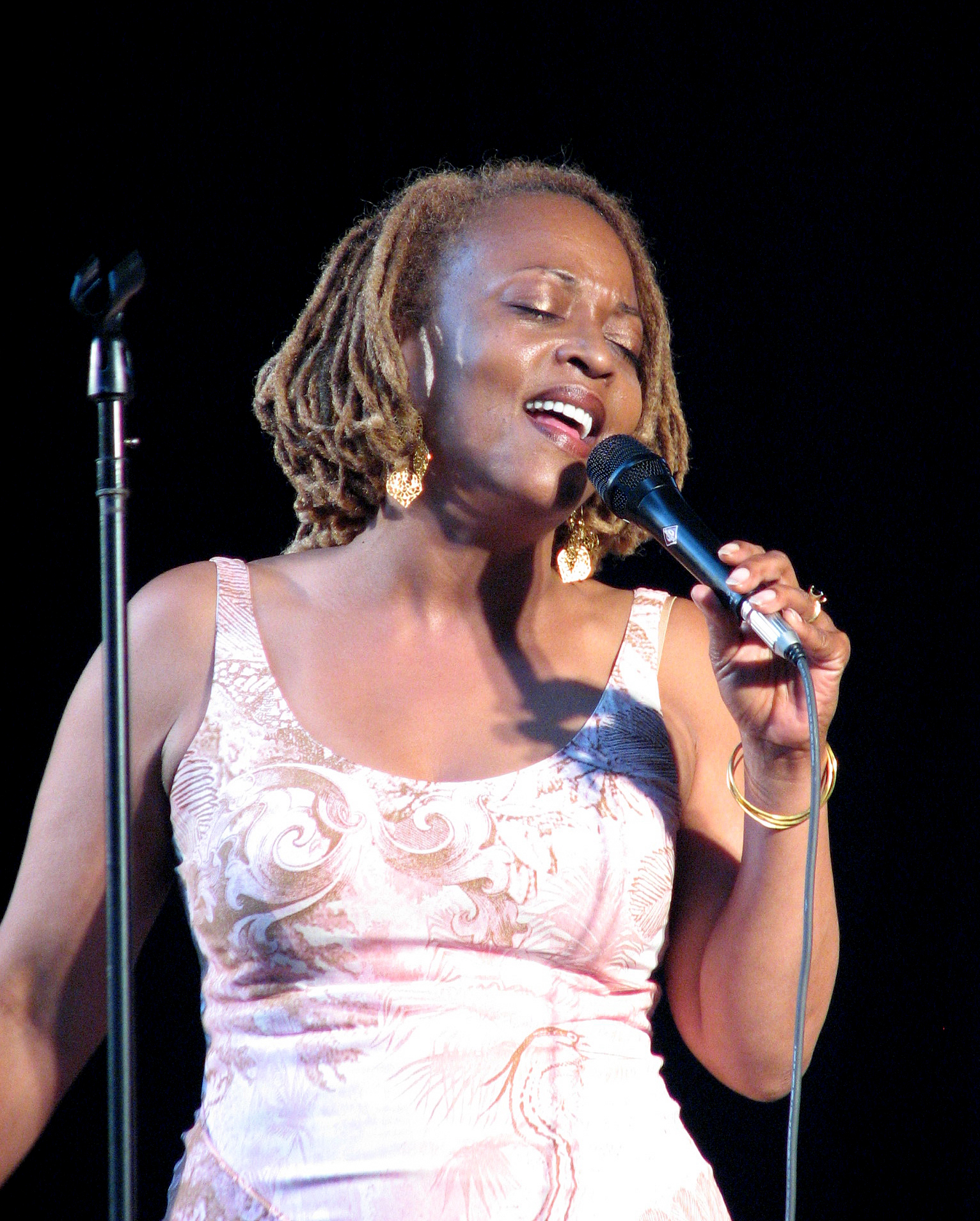 Cassandra Wilson (born , ) is an American musician, vocalist, songwriter, and producer from .

Cassandra Wilson is the third and youngest child of , a guitarist, bassist and music teacher; and Mary McDaniel, an elementary school teacher who eventually earned her in education. Between her mother’s love for and her father’s dedication to jazz, Wilson’s parents sparked her early interest in music.

Like many jazz musicians Wilson’s formal musical education consisted of classical lessons; she studied piano from the age of six to thirteen and played clarinet in the middle school concert and s. When she tired of this training, she asked her father to teach her the guitar. Instead, he gave her a lesson in self-reliance—some method books. She explored the instrument on her own, developing what she has described as an “intuitive” approach. During this time she began writing her own songs, adopting a folk style. She sang and played guitar in a folk trio with fellow students David Clark and Jack Ritter during high school. She also appeared in the musical theater productions, including "The Wizard of Oz" as Dorothy , crossing racial lines in a recently desegregated school system.

For college, Wilson attended and . She graduated with a degree in mass communications. Outside of the classroom, the busy student spent her nights working with R&B, funk, and pop s, also singing in local coffeehouses. The Black Arts Music Society, founded by John Reese and , provided her with her first opportunities to perform .

In 1981, she moved to for a position as assistant public affairs director for the local television station, WDSU. She did not stay long. Working with mentors who included elder statesmen , , and Ellis Marsalis, Wilson found encouragement to seriously pursue jazz performance and moved to the New York City area the following year.

There her focus turned towards improvisation. Heavily influenced by singers and , she fine-tuned her vocal phrasing and scat while studying with trombonist . Frequenting jam sessions under the tutelage of pianist , a alumnus, she met alto saxophonist , who encouraged her to look beyond the standard jazz repertoire in favor of developing original material. She would become the vocalist and one of the founding members of the collective in which Coleman was the leading figure, a stylistic outgrowth of the (AACM) and (BAG) that re-imagined the grooves of funk and soul within the context of traditional and .

Although the voice – typically treated as the focal point of any arrangement in which it is included – was not an obvious choice for M-base’s complex textures or dissonant free melodies, Wilson wove herself into the fabric of these settings with wordless improv and lyrics. She can be heard on Coleman’s "" (1985); "" (1986); "" (1986); and "" (1987).

At the same time, Wilson recorded and toured with alto saxophonist in the avant-garde trio New Air. A decade her senior and an AACM member, Threadgill has been lauded as a composer for his ability to transcend stylistic boundaries, a trait he and Wilson share.

Like fellow M-base artists, Wilson signed to the Munich-based, independent label JMT. She released her first recording as a leader "Point of View" in 1986. Like the majority of her JMT albums that followed, originals by Wilson in keeping with M-base dominated these sessions; she would also record material by and co-written with Coleman, , and as well as a few standards. Her throaty gradually emerges over the course of these recordings, making its way to the foreground. She developed a remarkable ability to stretch and bend pitches, elongate syllables, manipulate tone and timbre from dusky to hollow.

While these recordings established her as a serious musician , Wilson received her first broad critical acclaim for the album of standards recorded in the middle of this period, "Blue Skies" (1988). Her signing with records in 1993 marked a crucial turning point in her career and major breakthrough to audiences beyond jazz with albums selling in the hundreds of thousands of copies.

Beginning with "" (1993) her repertoire moved towards a broad synthesis of blues, pop, jazz, world music, and country. Although she continued to perform originals and standards, she adopted songs as diverse as Robert Johnson’s “Come On in My Kitchen”, ’s “Black Crow”, ’ “”, and ’ “I’m So Lonesome I Could Cry”.

Not only did Wilson effectively reconnect vocal jazz with its blues roots, she was arguably the first to convincingly fashion post-British Invasion pop into jazz, trailblazing a path that many have since followed. Furthermore, producer drew from pop production techniques to create a rich ambient environment around her voice, magnifying it and giving sonic depth to ’ sparse but incredibly vivid arrangements, which used steel guitar, violin, accordion, and percussion.

The late was one of Wilson's greatest influences. In 1989 Wilson performed as the opening act for Davis at the JVC Jazz Festival in Chicago. In 1999 she produced "" as a tribute to Davis. The album developed from a series of jazz concerts that she performed at in November 1997 in Davis' honor and includes three selections based on Davis' own compositions, in which Wilson adapted the original themes.

She has a son, Jeris, born in the late 1980s. Her song "Out Loud (Jeris' Blues)" is from the album "She Who Weeps". For many years she and her son lived in , in an apartment that once belonged to jazz great . [http://www.musicianguide.com/biographies/1608002448/Cassandra-Wilson.html]

Wilson and her mother are members of , Inc.