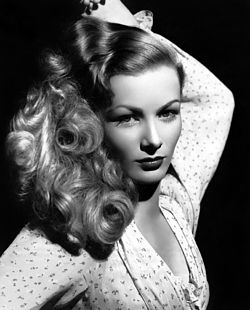 A production still of Veronica Lake for promotional use.

A film still (sometimes called a publicity still or a production still) is a photograph taken on or off the set of a movie or television program during production. The photos were taken by studio photographers for promotional purposes. Such stills consisted of posed portraits, used for public display or free fan handouts, which are sometimes autographed. They can also consist of posed or candid images taken on the set during production, and may include stars, crew members or directors at work.

The main purpose of such publicity stills is to help studios advertise and promote their new films and stars. Studios therefore send those photos along with press kits and free passes to as many movie-related publications as possible so as to gain free publicity. Such photos were then used by newspapers and magazines, for example, to write stories about the stars or the films themselves. Hence, the studio gains free publicity for its films, while the publication gains free stories for its readers.

Shots can be taken as part of the filming or separately posed.

Generally, a still photographer is present on the set, shooting alongside principal photography, using "Sound Blimp" to silence the noise of the SLR's shutter so that they do not interfere with the shooting.

Some shots are posed and taken separately from the shooting of the movie proper, and this was done particularly in the early stages of film – one of the most famous images in film, Marlene Dietrich in The Blue Angel, singing on a barrel, was a posed still.[citation needed]

This can be done to recreate shots from the movie, or create compositions that do not appear in the movie itself, but are part of the movie's world, featuring the dressed actors and set.

For stills from an animated cartoon, the original animation cel may be photographed or, in the case of a computer animation, the frame may be re-rendered.

Where the source material is no longer available, an image may be captured from a recording.

As explained by film production manager Eve Light Honthaner,[2] publicity photos taken to promote a film actor or other celebrity were not usually copyrighted and were intened to remain free for publications to use wherever possible:

"Publicity photos have traditionally not been copyrighted. Since they are disseminated to the public, they are generally considered public domain, and therefore clearance by the studio that produced them is not necessary."[3]

Creative Clearance offers similar advice for older publicity stills but distinguishes "Publicity Photos (star headshots)" from "Production Stills (photos taken on the set of the film or TV show during the shooting)". It says newer publicity stills may contain a copyright, and production stills "must be cleared with the studio."[4] 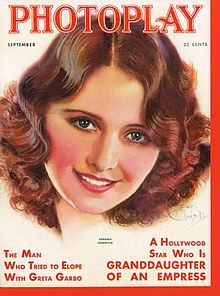 There is a vast body of photographs, including but not limited to publicity stills, that have no notice as to who may have created them... These photographs came from a photo archive of entertainment industry publicity pictures, historic still images widely distributed by the studios to advertise and promote their then new releases. While not considered valuable at the time, avid collectors have created complete archives by salvaging and cataloging movie and television photographs, preserving a significant facet of American culture. These archives are a valuable cache for publishers who rely on these archives as a resource for entertainment material."[6]

Film historian Gerald Mast[7] explains how the new 1989 copyright revisions only protected publicity works that complied with all earlier requirements in addition to filing a copyright registration within 5 years of first publication:

"According to the old copyright act, such production stills were not automatically copyrighted as part of the film and required separate copyrights as photographic stills. The new copyright act similarly excludes the production still from automatic copyright but gives the film's copyright owner a five-year period in which to copyright the stills. Most studios have never bothered to copyright these stills because they were happy to see them pass into the public domain, to be used by as many people in as many publications as possible."[8]

In a federal appeals case brought by Warner Bros. Entertainment, decided on July 5, 2011, the court recognized that the "additional matter, publicity material images for the films [that] were distributed directly to the general public through newspapers and magazines," were public domain. It quoted from Nimmer on Copyright, the primary copyright treatise, which explains that such "photographs were sent off to newspapers before the film’s release, in order to generate a buzz about its opening."[9][10][11]

Kristin Thompson, committee chair of the Society for Cinema and Media Studies writes in the conclusion of a 1993 conference with cinema scholars and editors, that they "expressed the opinion that it is not necessary for authors to request permission to reproduce frame enlargements. . . [and] some trade presses that publish educational and scholarly film books also take the position that permission is not necessary for reproducing frame enlargements and publicity photographs."[12]

Thompson also notes that even if such images are not already public domain, they could be considered "fair use" under its guidelines:

"Most frame enlargements are reproduced in books that clearly fall into the first provision's categories of "teaching," "criticism," "scholarship," or "research," and hence there seems little doubt that such illustrations would qualify as fair use by this criterion. Since most university presses are nonprofit institutions, illustrations in their books and journals would be more likely to fall into the fair-use category than would publications by more commercial presses."[12]

In addition, the burden of proof of copyright for such publicity images would fall on the studios producing them, states Thompson:

"If such a photograph has been circulated for publication at some point and reproduced without a copyright notice accompanying it, it should then fall within the public domain. Throughout the history of the cinema, many publicity photos have appeared in newspapers and magazines without such notices. If a scholar or educator were to publish a publicity photo, the burden of proof would then fall on the studio or distributor to prove that the still had never been published without the copyright notice.[12]