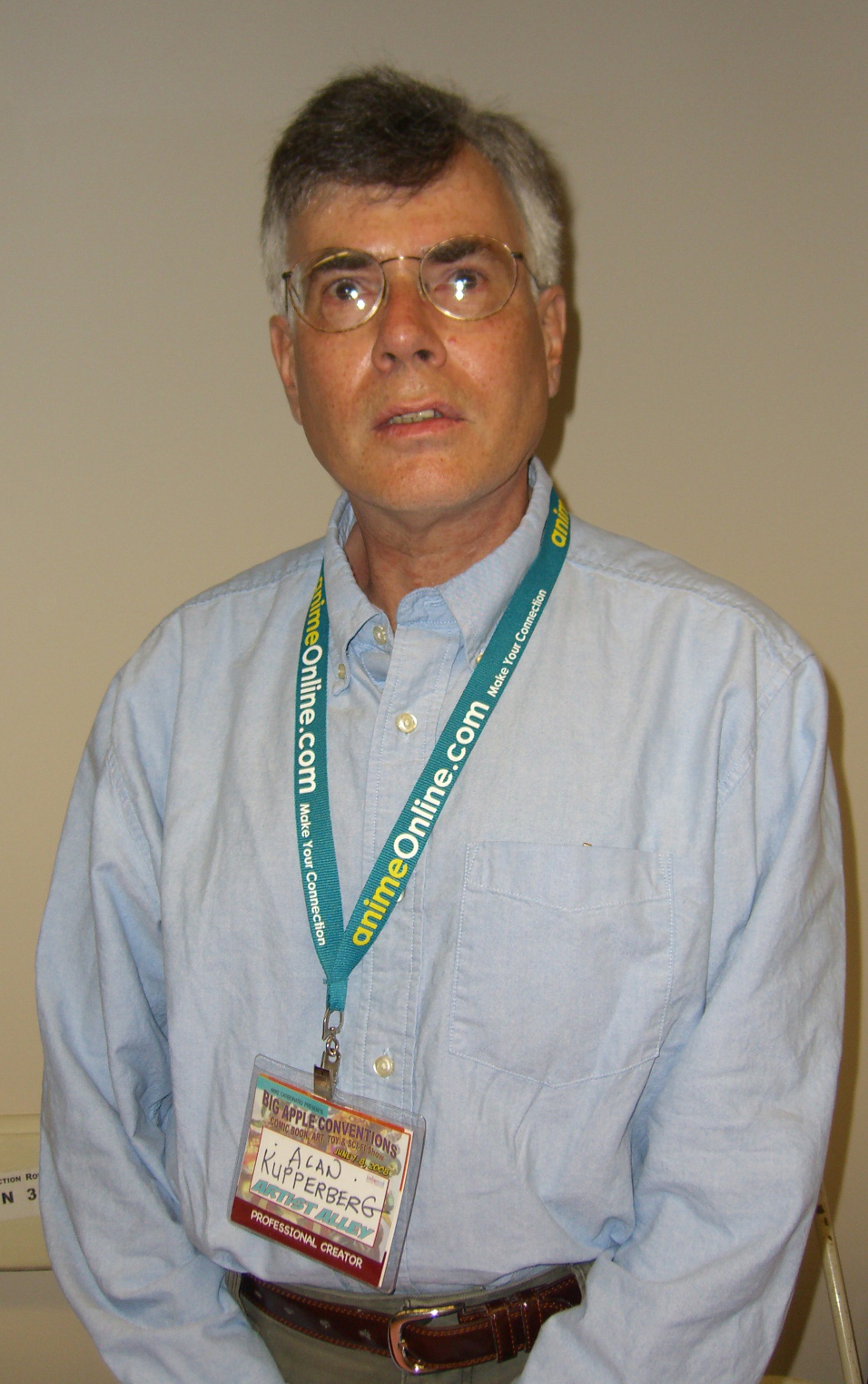 Alan Kupperberg is an American comic known for working in both and strips.

Kupperberg grew up in New York, graduating from the in 1971.

Kupperberg began writing and drawing for in 1974, mostly doing fill-ins and one-shots. Eventually, he had runs on team books like "The Invaders", "The Avengers," and "The Defenders"; and drew a number of issues of "What If".

Also occasionally working as a , Kupperberg created the 1983 one-shot comic " vs. " as a one-man band, handling everything from writing and illustrating to lettering, unusual for the comic industry at that time. In 1987, Kupperberg worked on both "" and "". From 1988–1991, Kupperberg drew many issues of "".

He also worked for , for clients such as Campbell's Soup, the U.S. Department of Energy, the Sylvan Learning Center, and The "Dallas Times Herald".

Kupperberg has done illustrations for , , "" magazine, "Spy", and .

He worked on script development and character design for Sullivan Bluth Studios' 1994 animated feature "Thumbelina". From 1994, he worked with /Viacom on the "" animated project.

In addition to illustration, Kupperberg has done design work and scripting for numerous advertising and production agencies. His autobiographical strips have appeared in "Comic Art" and in the "Streetwise" book.

Known for a more "cartoony" style than many other ,Fact|date=June 2008 Kupperberg seemed to specialize in nasty for a while, illustrating not only Marvel's Obnoxio pieces but also "National Lampoon's" Evil Clown Comics.

Kupperberg's brother, , also works in the comic book field as a writer, editor and executive; though Paul has worked primarily at , while Alan's comic book work has been split between DC and its rival Marvel.