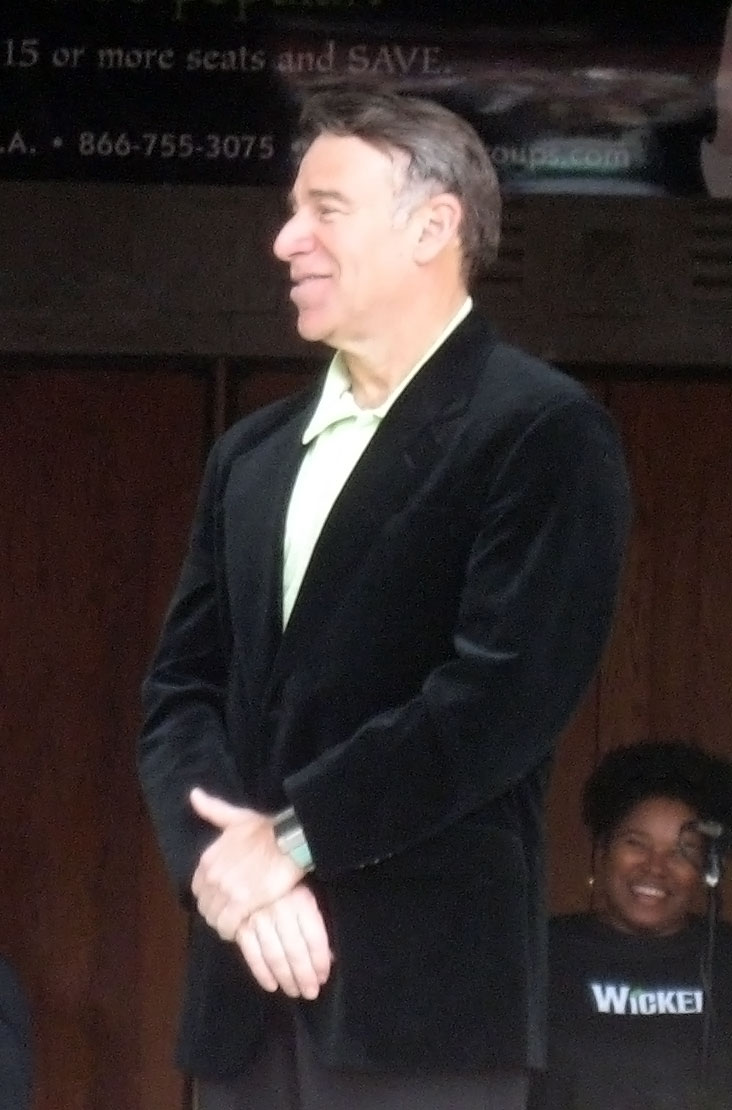 Stephen Lawrence Schwartz (born , ) is an American lyricist and . In a career already spanning over four decades, Schwartz has written such hit musicals as "" (), "Pippin" () and "Wicked" (). He has also contributed lyrics for a number of successful films, including "Pocahontas" (), "The Hunchback of Notre Dame" (), "" (; music and lyrics) and "Enchanted" (). Along the way, Schwartz has won three , three and garnered six nominations.

Stephen Schwartz was born in and grew up in the area of Williston Park, where he attended . He studied piano and composition at the while in high school and graduated from in 1968 with a B.F.A. in Drama.

Upon returning to New York City, Schwartz went to work as a producer for RCA Records, but shortly thereafter began to work in the . His first major credit was the title song for the play ""; the song was eventually used in the movie version as well.

In 1971, he wrote music and new lyrics for "", for which he won several awards including two Grammys. This was followed by the English texts, in collaboration with , for Bernstein's "Mass", which opened the Kennedy Center for the Performing Arts in Washington, D.C. In 1972, the long-running "Pippin" premiered on Broadway. Schwartz had begun writing songs for "Pippin" while in college, although none of the songs from the college version ended up in the Broadway production. Both "Pippin" and "Godspell" continue to be frequently produced.

Two years after "Pippin" debuted, Schwartz wrote music and lyrics to "", which ran for just under 2,000 performances. Next were the music and lyrics for "", which closed before reaching Broadway after a disastrous out-of-town tryout tour in 1976. However, the cast album went on to attain cult status, leading to several subsequent productions, including a production directed by in 1990 and, in 2005, a highly–acclaimed production at the in .

In 1978, Schwartz's next Broadway project was a musical version of 's "Working", which he adapted and directed, winning the as best director, and for which he contributed four songs. He also co-directed the television production, which was presented as part of the PBS "American Playhouse" series. In 1977, Schwartz wrote a children's book called "". In the 1980s, Schwartz wrote songs for a one-act musical for children, "The Trip", which 20 years later was revised, expanded and produced as "Captain Louie". He then wrote music for three of the songs of an , "", and lyrics to 's music for the musical "Rags".

In 1991, Schwartz wrote the music and lyrics for the popular musical "". He then began working in film, collaborating with composer on the scores for the Disney animated features "Pocahontas" (1995), for which he received two , and "The Hunchback of Notre Dame" (1996). He also provided songs for ' first animated feature, "" (1998), winning another Academy Award for the song "". He wrote music and lyrics for the original television musical, "Geppetto" (2000), seen on . A stage adaptation of this piece premiered in June 2006 at The Coterie Theatre in , and was entitled "Geppetto and Son."

In 2003, Schwartz returned to Broadway, as composer and lyricist for "Wicked", a musical based on the novel ', which tells the story of the famous "Oz" characters from the point of view of the witches. Schwartz won a Grammy Award for his work as composer and lyricist and producer of "Wickeds . On , , the Broadway production of "Wicked" passed the 1,000 performance mark, making Schwartz one of four composers (the other three being , , and ) to have three shows last that long on Broadway (the other two were "Pippin" and "The Magic Show"). In 2007, Schwartz joined Jerry Herman as being one of only two composer/lyricists to have three shows run longer than 1,500 performances on Broadway.

Schwartz also wrote lyrics for the successful 2007 Disney film "Enchanted", again collaborating with Menken. Three songs from the film, "Happy Working Song," "That's How You Know," and "So Close," were nominated for the Academy Award for Best Original Song. A recent project is for his son Scott Schwartz's adaptation of 's "". He has also written the theme song for the new show "", starring .

He is currently writing an opera based on the film "".Fact|date=January 2008

Schwartz has won almost every major award in his field, including three , three , four , one and a self-described "tiny handful of tennis trophies."