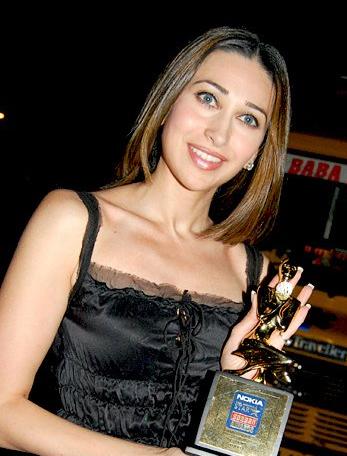 Making her film debut in 1991, Kapoor went on to become one of the most popular actresses of her generation. During her career years, she has been part of many commercially and critically successful films, "" being the most notable of them, as it was her biggest commercial success, and won Kapoor her first . She surprised critics and audiences with her performances in "art films" such as "" (2000) and "" (2001), for which she earned a Best Actress and Best Actress (Critics) awards at the Filmfare ceremony. Since then, she has worked in several films though most of them performed poorly at the box office. In 2003, Kapoor took a break from cinema and is likely to make her comeback very soon.

In 1996, Kapoor played the female lead in 's "" opposite . The movie was the highest grossing film of the year

Kapoor took a year break from films in 1998. Her diminutive comeback in 1999 proved to be good as she took part in the year's most successful films. Kapoor starred in four absolute hits. 's comedy "" opposite became the biggest hit of the year. She proved to have success with comedy films, as 's another film "" did fairly well at the box office.

Kapoor also collaborated for the first time with the banner with "" which also resulted in a hit. Her last release, "" opposite , was another box office hit, making her the most successful actress of the year.

In 2000, she won her second for her performance in 's "". Her performance in the film was much appreciated as she surprised the audiences and the critics showing great emotional range and depth.

In 2003 she played the leading role in the television series "Karishma: A Miracle of Destiny". After her film, "Baaz: A Bird In Danger" which also released in 2003, she took a sabbatical from full time acting for three years.

Her most recent release was the delayed film, "Mere Jeevan Saathi" (2006) in which she played a negative role.

She was born on , 1974 to , an actor popular during the 1970s and 80s, and actress . Her sister is actress . She studied at the in Mumbai until grade six. Her grandfather is actor .

Karisma does not like to talk about her personal life but she has been romantically involved with and . She announced her engagement to Bachchan in October of 2002 on the 60th birthday of Abhishek's father, . Four months later in February 2003, they split up.

On , she married industrialist Sanjay Kapur, CEO of Sixt India. In typical Kapoor tradition, Karisma was married at her grandfather, the late Raj Kapoor's home, R K Cottage. The couple opted for an hour-long Sikh ceremony.