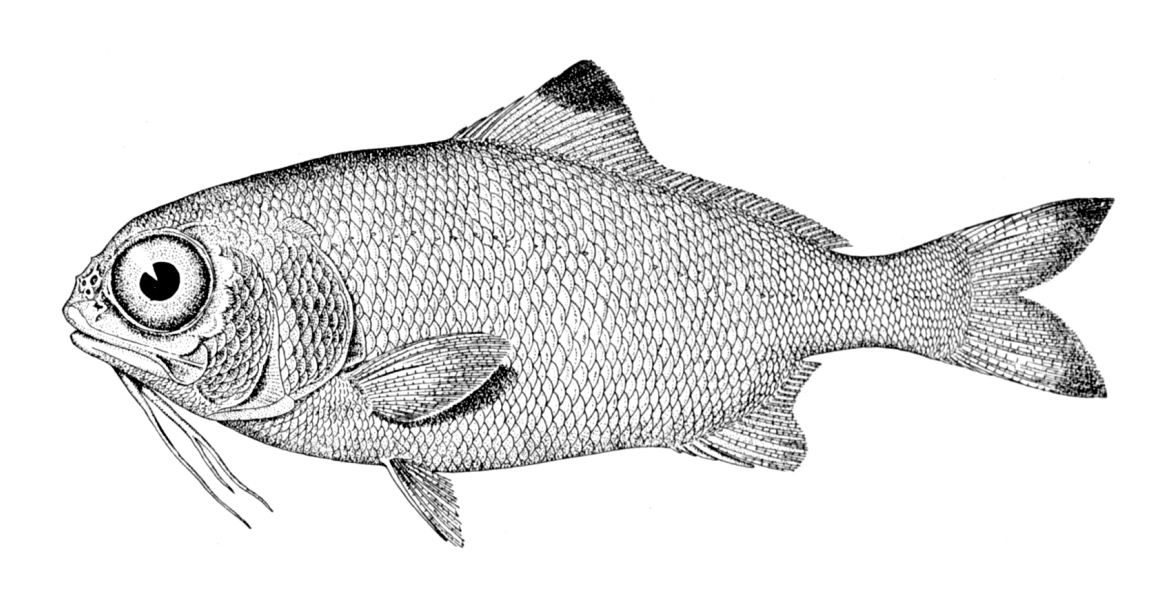 The beardfishes are a small family (Polymixiidae) of deep-sea marine named for their pair of long barbels.

They are found in tropical and subtropical waters of the , Indian and western .

Ten species of the single extant genus "Polymixia" are known, along with several fossil genera.

At present they are classified in their own order Polymixiiformes,