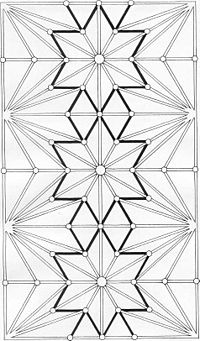 Lierne vault at the nave of Chester Cathedral 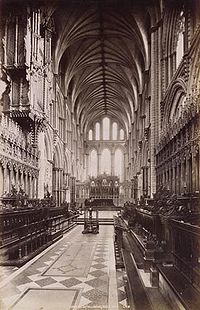 A Lierne (from the French lier - to bind) in Gothic rib vaulting is an architectural term for a tertiary rib spanning between two other ribs, instead of from a springer, or to the central boss. The type of vault that utilizes liernes is called a lierne vault or stellar vault (named after the star shape generated by connecting liernes).

In England, the lierne came into use during the 14th century Decorated period. A good example of lierne vaulting is at Gloucester Cathedral. In France, examples can be seen in Flamboyant architecture, such as at Saint-Pierre, Caen.

Note: In French terminology relating to architecture, a lierne is a ridge rib, and hence has a different meaning.