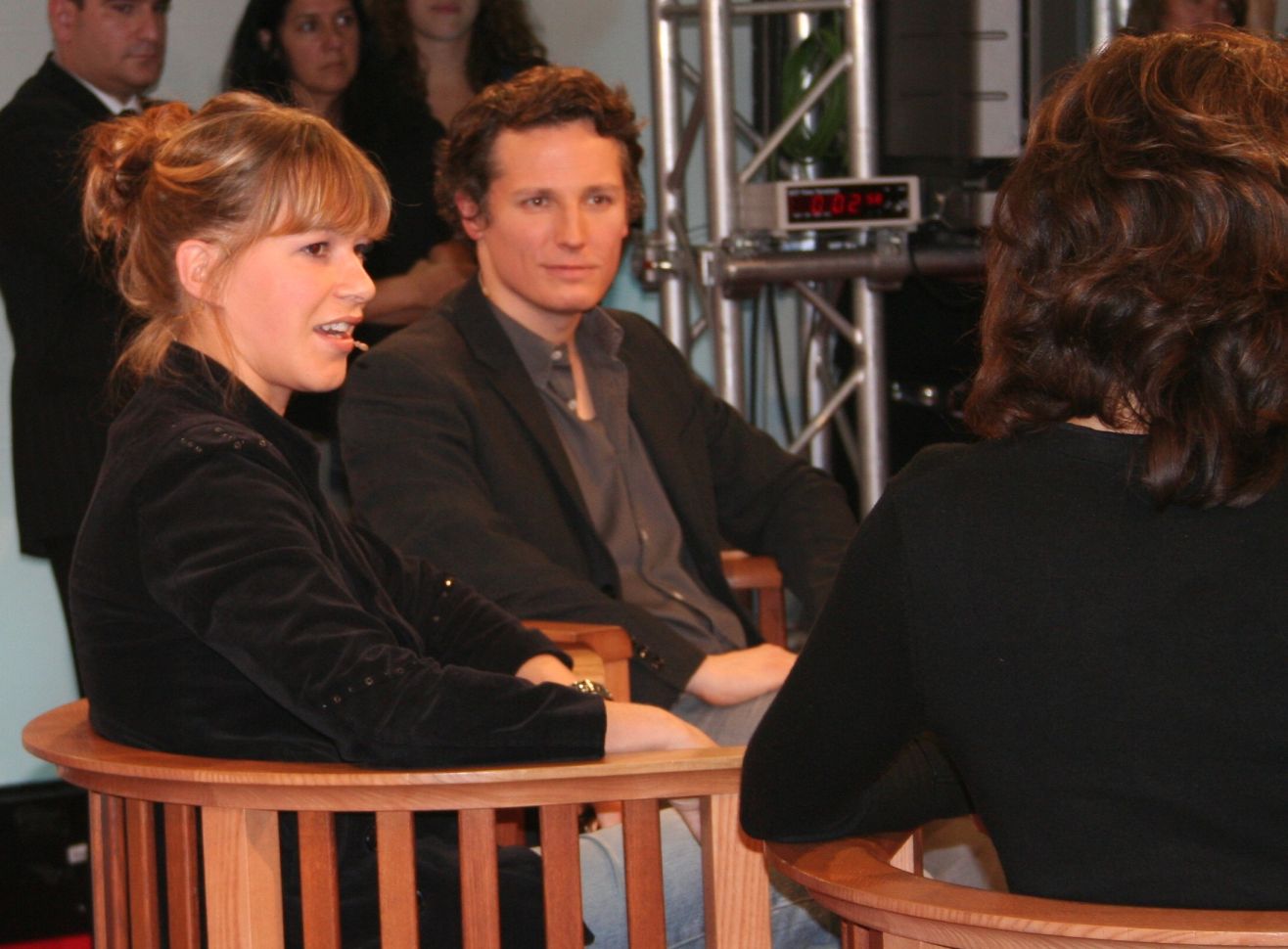 Franka Potente (born , ) is a German actress. She began her career in the "It's a Jungle Out There" (1995) and gained critical recognition in the action thriller "" (1998). After half a decade of critically acclaimed roles in German films, Potente gained 's attention by playing the role of Barbara Buckley in "Blow" (2001) and the female lead opposite in "The Bourne Identity" (2002). An accomplished dramatic actress, Potente received Germany's highest film and television awards for her performances in "Run Lola Run" and "Opernball". Potente performs in leading and supporting roles in a variety of low-budget and major studio films, ranging from and to and action thrillers.

The elder of two children, Potente was born in , [ [http://www.wdr.de/themen/panorama/1/potente_film/reportage.jhtml wdr.de: Heimspiel für Potente, 7/20/2002] Dead link|date=August 2008 (German)] , and raised in nearby . [ [http://www.franka-potente.org/ Franka Potente ] ] Her mother, Hildegard, is a medical assistant, and her father, Dieter Potente, is a teacher. [ [http://www.filmreference.com/film/27/Franka-Potente.html Franka Potente Biography (1974-) ] ] Her Italian surname stems from her great-grandfather, a slate mason who came from to Germany during the 19th century. At the age of seventeen, she spent some months as an exchange student in . [ [http://www.morgenpost.de/content/2005/03/06/politik/739194.html , 3/6/2005] (German)]

After finishing high school in Germany, she enrolled at the Otto Falckenberg School of Performing Arts in . Potente took acting jobs outside school time and appeared in her first film in , a student film entitled "Aufbruch". She was subsequently spotted by a casting agent and appeared in the film "Nach Fünf im Urwald" ("It's a Jungle Out There"), which was directed by her then-boyfriend, Hans Christian Schmid. She received the 1995 n Film Prize for Young Talent for her work in this film. She undertook her last year of training at the in .

Potente returned to Europe and worked in many German and French films. She was cast as the lead in "Lola Rennt" ("") after meeting the director, , in a café. The part was written for her and although the film was a small-budget, art house film production, it was a big success in Europe. Franka Potente also performed on the soundtrack. She made several more German-language films, including the horror film, "Anatomy" and the romantic thriller, "".

Her first English-language role was that of the narrator in "Storytelling" in . This was followed by a role in "Blow", opposite , and the female lead in "The Bourne Identity", with , which she later reprised in "The Bourne Supremacy". In 2006, she starred opposite in the Australian film "Romulus, My Father", for which she was nominated for an Award for Best Lead Actress. Also in 2006, she wrote and directed "Der die Tollkirsche ausgräbt", a silent comedy.

Starting on May 22, 2007, Potente had a three-episode recurring role in FX drama "", where she played , the ruthless Godmother of LA's . [ [http://www.tv.com/the-shield/show/8261/story/5515.htmlom_act=convert&om_clk=headlinessh. TV.com: Franka Potente joins The Shield ] ]

When not working on location, she lives in Berlin. She has previously dated American actor and director . In 2008, she got engaged to an American businessman. She told the German tabloid "" that her fiance's name is Dio and that they plan on having children together. [http://www.bild.de/BILD/unterhaltung/leute/2008/08/06/franka-potente/mit-us-amerikaner-verlobt-wuenscht-sich-kinder.html]