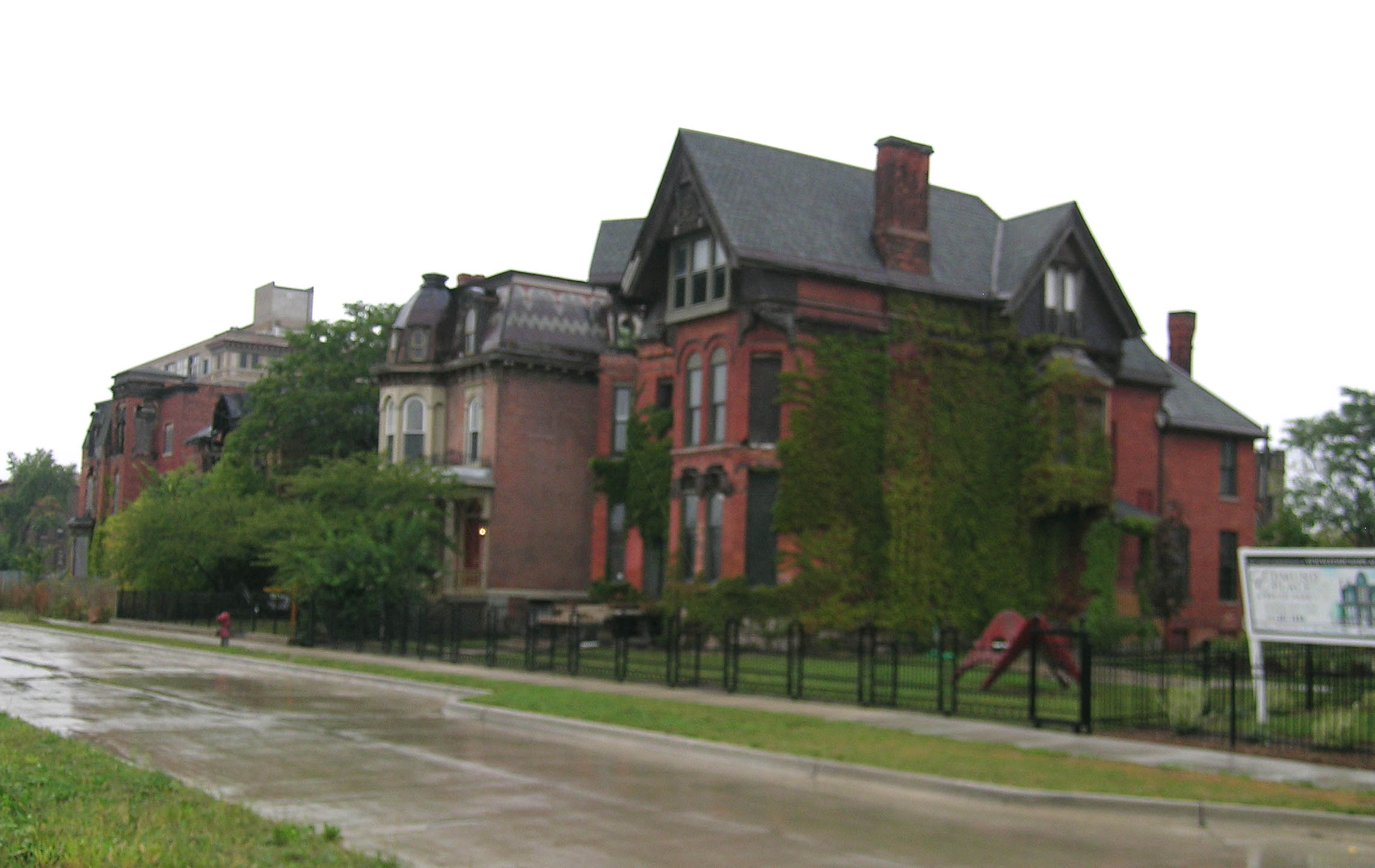 Brush Park Historic District is a 24 block neighborhood in , .

The Woodward East Historic District is a smaller historic district, recognized by the , which is completely encompassed by the larger Brush Park neighborhood. The Woodward East Historic District is located on Alfred, Edmund, and Watson Streets from Brush Street to John R Street in , . Woodward East is particularly known for the High Victorian style residences constructed Detroit's wealthiest citizens. Although many of the once-grand houses have been demolished in recent years, those remaining exhibit a variety of Victorian style subtypes

During the 19th century, around 300 homes were built in Brush Park, including 70 Victorian mansions. However, the neighborhood began to decline in the late 19th and early 20th century, when the advent of streetcars and then automobiles allowed prosperous citizens to live further from downtown. Early residents moved out, notably to up-and-coming neighborhoods such as Indian Village and Boston-Edison, and the neighborhood became less fashionable. During the , many of the old mansions were subdivided into apartments, and as demand for housing fell after , the homes were abandoned and fell into disrepair. As of 2001, about 154 original structures remained in the area.

Brush Park's revival began in the 1990s and has accelerated recently. A number of the older mansions have been restored, and more have been stabilized. In addition, new condominiums have been built in the southern part of Brush Park, near the Fisher Freeway.