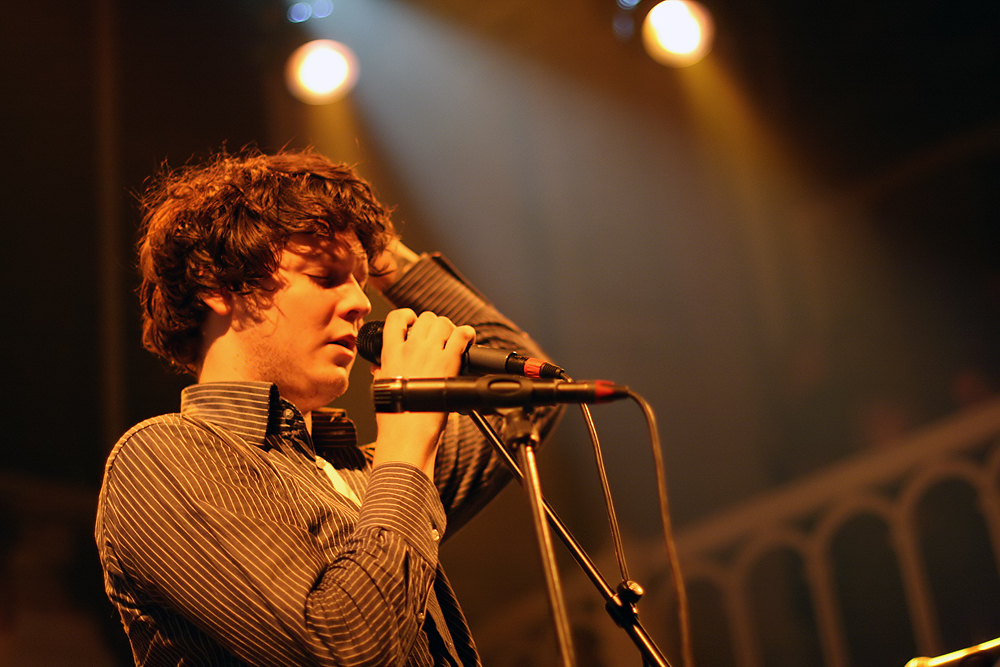 Beirut is the band of age|1986|1|1-year-old Santa Fe native Zach Condon. The band's first official release was assisted by (, ) and (); it combines elements of and folk sounds. Condon plays the and the as his main instruments, having been unable to play guitar because of a wrist injury that prevented his hand from reaching fully around the neck of a guitar. [ [http://www.bbc.co.uk/music/artist/mqdp/ BBC - Music Profiles - Beirut ] ]

Though young, Condon has already released a few s. He recorded under the name The Real People when he was 15, making "The Joys of Losing Weight", which is a electronic record ("ie", generally in the style of 'Scenic World' on "Gulag Orkestar") fashioned consciously after . At 16, he recorded an entire doo-wop album that was inspired by Frankie Lymon & the Teenagers. Zach also released a three-song EP titled "Small Time American Bats" under the name "1971". The album was recorded in 2001-2002 and has never been officially released. Condon attended , where he was a student until he dropped out at the age of 16 to travel Europe (with his brother Ryan Condon) where he was first exposed to Balkan gypsy music, notably including the Orchestra and .

In 2006, Beirut released two Balkan-inspired recordings through , "" and "", both also available as an expanded version of "Gulag Orkestar" LP through the UK label . Beirut has also released other individual songs, three available on , and the one on a split with , and one on a compilation for The Believer magazine. While living in , Condon also shot a video for "Scenic World" at the factory, and performed several venues in and Europe.

Beirut's second album, "," was leaked onto the Internet August 25, 2007 then subsequently released in shops and on Internet music sites on October 9, 2007.

On April 3rd, 2008, Beirut cancelled a previously announced summer European tour. [http://www.pitchforkmedia.com/article/news/49738-beirut-cancel-summer-european-tour] Condon explained the cancellations in a post on the official Beirut website, stating that he wanted to put the effort into ensuring that any shows would be "as good as humanly possible". [http://beirutband.com/] Soon after, The Stranger reported that Condon is working on a third album tentatively scheduled for a fall release. [http://lineout.thestranger.com/2008/05/greetings_from_beirut_an_interview_with]