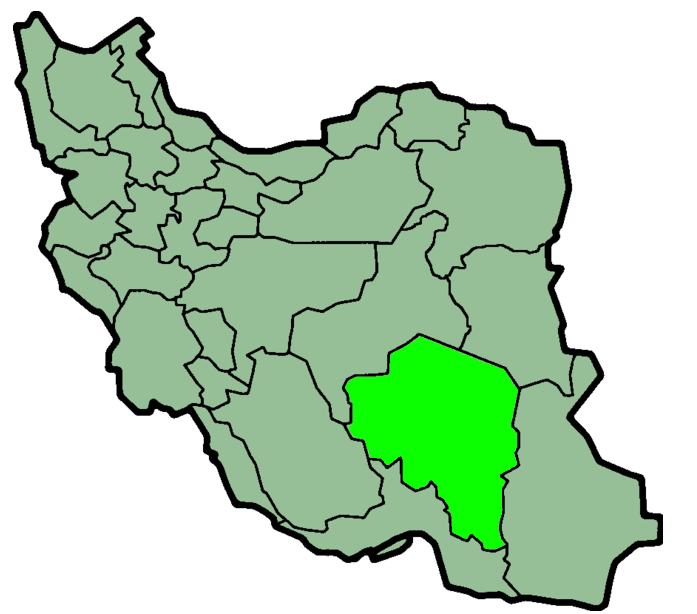 In the year 1996, 52.9% of Kerman's population lived in urban areas, and 46% in the rural vicinities, the remaining 1.1% accounted as non residents. The city of (population: 400,000) embraces about 80% of the urban population, being the most developed and largest city of the province.

The altitudes and heights of the province are the continuation of the central mountain ranges of . They extend from the volcanic folds beginning in Azarbaijan, and by branching out in the central plateau of Iran, terminate in Baluchestan. These mountain ranges have brought about vast plains in the province of Kerman. The and Mountains are the highest in this region, and include peaks such as Toghrol, Aljerd, Palvar, Sirach, Abareq and Tahrood. Other ranges that stretch out from to Kerman and include peaks like Medvar, Shahr-e-Babak, Kuh-e Panj, Chehel Tan, Lalezar, Hezarbahr, Aseman and others.

Most of the province is largely or sandy desert, although there are some oases where dates, oranges (said to be the best in Iran), and s are cultivated. In antiquity "Carmanian" wine was famed for its quality [Strabo XV.2.14 (cap. 726)] . The province is dependent on s (underground water channels) for its irrigation. In the central parts, is the highest peak, 4465 meters above sea level.

The climate in the province varies in different regions. The north, northwest, and central areas experience a dry and moderate climate, whereas in the south and southeast, the weather is warm and relatively humid. The city of and the surrounding regions have a semi-moderate and dry climate, with a maximum and minimum temperature of 39.6° C, and -7° C respectively. The average temperature during the months of March - June has been recorded as 20° - 25° C. These months are the most suitable period for traveling and tourism.

The history of human settlements in the territory of Kerman dates back to the 4th millennium BC. This area is considered as one of the ancient regions of Iran and valuable historical vestiges have been discovered here. is an example, where a previously unknown settlement dating back to around 2500BC has just been established by archeologists. Kerman has an abundance of historical sites and landmarks, 283 in total, according to Iran's Cultural Heritage Organization. Ancient abandoned citadels such as and have been preserved in the desert for two thousand years.

Kerman is prone to natural disasters. A recent flood for example, unearthed the archeological ancient city of , located in the south of Kerman province. on the other hand, the world's largest structure, was destroyed in an earthquake in December 2003. And on , , a major killed hundreds of residents in the town of Zarand and several nearby villages in north Kerman (see ).