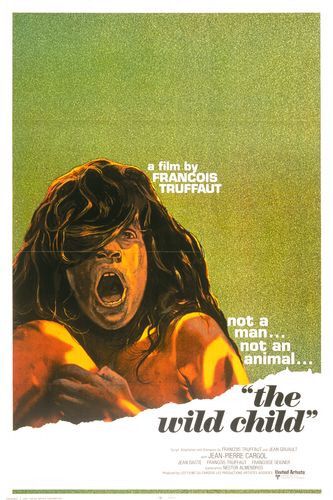 The film is set in the 18th century. A young boy (Jean-Pierre Cargol) is found in the near . The child was discovered after living in the wild for the first serveral years of his life, so he is placed under the supervision of Dr. Jean Itard. Itard () names the boy Victor and observes the child's attempt to survive in his new, unknown world.

There's a narrow margin between the civilized aspects of rough Parisian life and the brutal laws of life in nature. Victor finds a sort of equilibrium in the windows that mark the transition between the closed interiors and the world outside. Candles and mandoline airs also have an effect on him. But Victor gains his ability to have social relations by losing his capacity to live as a savage.

The Jean Gruault and the director François Truffaut were inspired by the early nineteenth-century novel by , which was based on true events surrounding "," as the novel was called.

Film critic Roger Ebert gave the film a positive review and discussed the film's theme is one of Truffaut's favorites. He wrote, "The story is essentially true, drawn from an actual case in 18th Century France, and Truffaut tells it simply and movingly. It becomes his most thoughtful statement on his favorite subject: The way young people grow up, explore themselves, and attempt to function creatively in the world...Truffaut places his personal touch on every frame of the film. He wrote it, directed it, and plays the doctor himself. It is an understated, compassionate performance, a perfect counterpoint to Jean-Pierre Cargol's ferocity and fear...So often movies keep our attention by flashy tricks and cheap melodrama; it is an intellectually cleansing experience to watch this intelligent and hopeful film." [ [http://rogerebert.suntimes.com/apps/pbcs.dll/article?AID=/19701016/REVIEWS/10160301/1023 Ebert, Roger] . "Chicago Sun-Times," film review, , . Last accessed: , .]

The staff at "Variety" magazine also praised the drama, and wrote, "This is a lucid, penetrating detailing of a young doctor's attempt to civilize a retarded boy found living in the woods in Southern France in the 18th century. Though based on a true case [Jean Itard's "Memoire et Rapport sur Victor de L'Aveyron," published in 1806] , it eschews didactics and creates a poetic, touching and dignified relationship between the doctor and his savage charge...It progresses slowly but absorbingly. Truffaut underplays but exudes an interior tenderness and dedication. The boy is amazingly and intuitively well played by a tousled gypsy tyke named Jean-Pierre Cargol. Everybody connected with this unusual, off-beat film made in black-and-white rates kudos." [ [http://www.variety.com/review/VE1117790701.html?categoryid=31&cs=1&p=0 "Variety"] . Film review, September 9, 1970. Last accessed: , .]