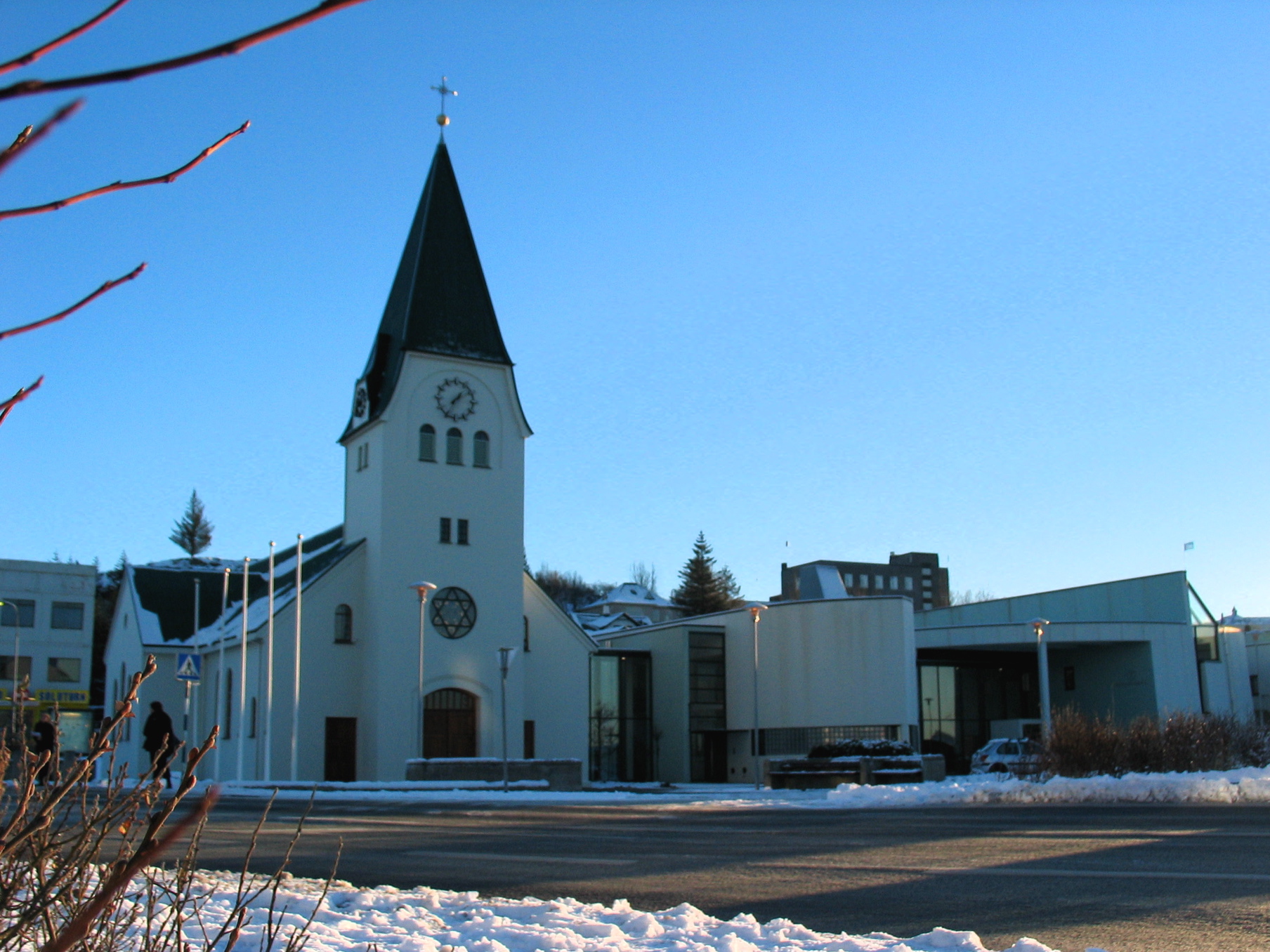 Hafnarfjörður or Hafnarfjordur IPA| ['hapnarˌfjœrðør̥] is a port town located on the south-west coast of , about 10 km south of . It is the third most populous town in , after Reykjavík and , with a population of 25,434. The population of Hafnarfjörður reached 25,000 in .

As the third largest city, Hafnarfjörður has established local industry and a variety of urban activities, with annual festival events.

The town is the site of an annual festival, where Viking culture enthusiasts from around the world display reconstructions of Viking garb, handcraft, sword-fighting, etc.

Tourists with a New Age mindset enjoy a guided tour of the habitats of elves and other hidden people in the town area.

Hafnarfjörður is now arguably considered to be the rock n' roll capital of Iceland (a title that once belonged to ). Popular Icelandic bands such as , , HAM, , , and all trace their origins to the town of Hafnarfjörður.

Hafnarfjörður is the home town of the famous Icelandic pop singer and the actor .

Local elections were held in May 2006, and the people of Hafnarfjörður voted on the future of the extension for the smelter in 2006.

The smelter was originally built in 1969, and it has improved its cleaning process since then, especially regarding . The effect that the extension will have on the environment and the local residents is, though, a huge concern for the people of Hafnarfjörður.

Hafnarfjörður takes its name (meaning " ") from the area's excellent natural harbour. The town is first named in the medieval "Book of Settlements", and the earliest reports of voyages to Hafnarfjörður date from the end of the 14th century. Englishmen began trading in Hafnarfjörður in the 15th century, but German merchants followed in their wake and eventually drove the English out. After that, Hanseatic traders prevailed in town until 1602, based at Hvaleyri. At this point, the Danish monarchy established a Danish trade monopoly in Iceland which lasted until late in the 18th century. During this period, Hafnarfjörður was the nation's busiest trade centre.

In 1793, Bjarni Sívertsen settled here and became influential in local business and international trade, setting up a major commercial fishing operation. His enterprise and initiative signalled the start of impressive commerce in the town. Ever since, he has been called "the father of Hafnarfjörður" and nicknamed "Sir Bjarni." Around 1870, dramatic changes took place in Icelandic fishing. Residents followed the growing trend in Iceland of using decked boats rather than row-boats. This led to even more employment and rapid growth, and Hafnarfjörður attained official municipal status in 1908.

After , more advanced trawlers and numerous motorised ships were added to the fleet. The town's first stern trawler appeared in 1973. Today, Hafnarfjörður is one of the nation's largest fishing centers and the site of Iceland's first fish rs' auction market. Through the years, Hafnarfjörður's dynamic local economy has been strongly linked to fishing, although freight transport has recently become the major harbour activity. And now, the town is Iceland's second-ranked import and export harbour.

Each year in May, the [http://www.hafnarfjordur.is/menning%5Fog%5Fmannlif/bjartir%5Fdagar/ Bright Days festival is held ] . The events include short movies and concerts, and usually concludes on a day commemorating the sailors of Iceland.

Each year on the summer a Viking festival is held in Hafnarfjörður. A local pub and restaurant, Fjörukráin, started the festival and maintains it to this day.

Hafnarfjörður is known as one of the most popular residences for in Iceland. The town is built on and around huge boulders, which are believed to be homes for elves. A popular mythology is that it is very hard, and almost impossible, to destroy these homes. Tours around Hafnarfjörður to visit the most popular elven homes are available, and even though belief in elves has diminished in recent years, these are very popular amongst both Icelanders and tourists.

Hafnarfjörður has three swimming pools, despite its low population. This is common for any town in Iceland, due to the geothermal energy.

Hafnarfjörður was first mentioned around the year 1400, although the town is mentioned in the book of Landnámabók.

The first Lutheran church in Iceland was raised at Háigrandi, opposite Óseyri, just outside of the small boat harbour in 1533.

Favourable harbour conditions made Hafnarfjörður a popular commercial harbour early on, and it was the main harbour for German merchants in the 15th century and during the early part of the commercial monopoly in the 16th century.

The first road between and Hafnarfjörður was finished in 1898.

The first hydrological power plant in Iceland was built in Hafnarfjörður in 1904.

The first Icelandic trawler, Coot, was stationed in Hafnarfjörður between 1905 and 1908. Its kettle stands by the on the junction of Reykjavíkurvegur, Strandgata and Vesturgata.

The first mayor was Páll Einarsson. He later became the mayor of .

A harbour for large commercial ships was raised in 1912.

The first car arrived in Hafnarfjörður in 1913. The Bookless-brothers owned the car, which was an Aston Martin.
The Bookless bungalow, which was brought over from Scotland in prefabricated form, has been preserved and is now part of the town museum.

Indie band Jakobínarína are from here

Hometown of actor , most known for his role as on the hit children's TV series, .