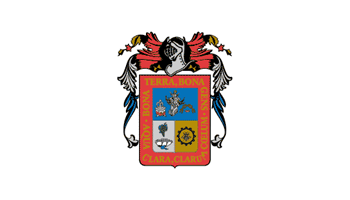 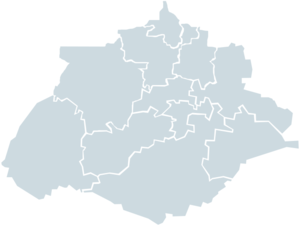 Aguascalientes IPA2|ˌa.ɰwas.ka.ˈljen̪.t̪es is a state of , situated in the center of the country. The name means "hot waters" in Spanish and originated from the abundance of hot springs in the area, thus the corresponding adjective for the state and its inhabitants is the whimsical "hidrocálido" (hidro = water; cálido = hot). The state capital is the .

The state is located about convert|300|mi|km from .

It covers km2 to mi2|5471|wiki=yes and has a little more than one million inhabitants. The state is not heavily populated. However, most of its inhabitants live in the densely populated metropolitan area of its capital city.

The racial make-up of the state of Aguascalientes is as follows:

This state originated around the times of colonial Spanish influence. It is located in the middle of the country and is now beginning to make a name for itself as an industrial power within Mexico. The state was once a major silver miner and a major source of railroad transportation, the latter due to its strategic location, midway between the three most populated areas, namely , Guadalajara, and .

In the rural area, Aguascalientes was once the first national producer of grapes and wines. This tradition ceased gradually for it proved unreliable since in Mexico the culture of wine does not have strong roots. Only a few wineries and vineyards remain. Guavas are also produces in the state.

The economy of the state has become mostly industralized. However, recently it has also benefited from heavier tourism, since the capital city has gained prestige and status as a national destination for its colonial beauty and cleanliness. In addition, the and around the state have historic and recreational importance.

Although this state is not often billed as a tourist center, international visitors, as well as citizens from all over Mexico, are attracted to the , which is considered the national fair of Mexico and contributes much to Mexico's economy.

Recently, its capital city has gained the reputation as a great destination for its superb colonial architecture visible in the colonial centre, as well as the modernity and dynamism in the outskirts.

The city also hosts many conventions every year. It benefits from its excellent central location. The city is also famed for its environment of relaxation, and for its safety and cleanliness, as it is often described by people when traveling to this part of the country for conventions or tourism.

Most tourists go to the capital. A few tourists explore the former mining towns in the north of the state (in the municipalities of and ), which are now almost ghost cities. The , , and scattered around the state are also of historical and recreational relevance.

The municipality of has a semi-tropical climate, The largest producer of guavas in Mexico, it attracts some fans of watersports to its reservoirs.

The state has a Natural Protected Reserve in the higher mountains called . The Sierra Fría is a protected area. Located at a height of 2,500 to 3,000 meters (8,200&ndash;9,850 ft) above sea level, it comprises oak and pine forests. Its attractions include observing exuberant landscape and wide ravines, in which, there are pumas, lynxes, boar, white-tailed deer, wild turkey, raccoons and many other animals. There are steep-sided cycle paths, camping and picnic areas as well as several hunting clubs. It is the mountain climate and fauna that attracts locals for camping activities. In winter, the temperature sometimes falls to 5°C (24°F) below zero when the weather is poor. Usually, Sierra Fria is the only part of the state that gets snow during winter.

At present, the state has one first-division football team () and one professional team ( "The Panthers").

Aguscalientes is subdivided into 11 "municipios" ("municipalities").

In the American Western movie "", starring , Aguascalientes is the place where Eastwood and the banditos escape from their bank robbery.