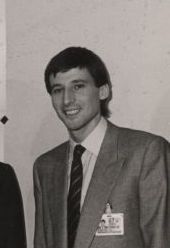 Sebastian Newbold Coe, Baron Coe, KBE (born , and often nicknamed Seb Coe) [ [http://www.timesonline.co.uk/tol/sport/olympics/article4406529.ece The Big Interview: Seb Coe - The Times, July 2008] ] is a British former top-level athlete and former Conservative Party . In his athletics career as a middle distance runner, Coe won the 1500 m gold medal at the in 1980 and 1984, and set eight outdoor and three indoor world records. Following his retirement from athletics, he served as a from 1992-97, and became a in 2000. He was the head of the London bid to host the and, after the announced London as the winning bid, became the chairman of the (the organisation in charge of overseeing the development of the Games). On , Lord Coe was elected a vice-president of the .

Coe was born in , but was brought up in attending Tapton [ [http://www.telegraph.co.uk/sport/main.jhtml?view=DETAILS&grid=&xml=/sport/2007/02/20/somysc20.xml Daily Telegraph article] ] and Abbeydale Grange schools. He joined athletics team at the age of 12, and quickly became a middle-distance specialist. He is probably better remembered as representing and later Harringay when not competing for his country. [ [http://www.made-in-sheffield.com/People/sebastianCoe.htm Sebastian Coe, Made in Sheffield ] ]

He was coached by his father, , who designed workouts specifically for his son. Coe studied economics and social history at and won his first major race in 1977—an 800-metre event at the European indoor championships in , .

The most famous races between Ovett and Coe were in the 1980 Olympic Games in Moscow, where each won the other's speciality, Ovett the 800 metres, and Coe the 1500 metres (Coe came in second in the 800, while Ovett took third in the 1500). It was Ovett's first defeat at either one mile or 1500 metres in three years and 45 races. The image of Coe crossing the finish line arms outstretched, eyes rolling and mouth agape [ [http://vault.sportsillustrated.cnn.com/vault/photo/featured/Sebastian_Coe/X24708/1900-01-01/2100-12-31/IMG110794/wd/1/2/6/index.htm The image, at Sports Illustrated] ] was much reproduced. [ [http://news.independent.co.uk/people/profiles/article51171.ece Sebastian Coe: You Ask The Questions - People, News - Independent.co.uk ] ]

Although he had a short season in 1982, he still managed to rank number one in the world in the 800 metres and participate in a world record relay for the 4 x 800 metres. Coe, along with Peter Elliott, and Steve Cram, produced a 7:03.89, a time that would stand as a world record for 24 years until it was bettered by both Kenyan and American teams in the summer of 2006. He won silver at 800m in the in Athens after being surprisingly out-kicked by .

After recovering from , Coe returned to competition in 1984 and showed encouraging form early in the season. He was selected for both 800 and 1500 metres at the 1984 Olympic Games in . For his fourth major international championships in succession, however, he failed to win his favourite 800 metre event, taking silver behind of Brazil. However, just as in 1980, he recovered to win gold in the 1500 metres, this time in a new Olympic record of 3:32.53, beating 1983 World 1500 m champion into second place. He remains the only person to win back to back Olympic 1500 metre titles. Following the race Cram made the often repeated quote "On the day there was only one man and on the day Seb Coe was that man". Cram exacted some measure of revenge the following summer when he beat both Coe and his world mile record at the Dream Mile event at the , Oslo, Norway.

Two years later, in a highly controversial decision, he wasn't selected for the British team for the 1988 Olympic Games in , thus denying him the chance to retain his 1500 metres title for a second time. The ran a campaign entitled "Coe Must Go" in an attempt to change the British selectors' minds. The then President of the , , unsuccessfully tried to have the rules changed to ensure his inclusion under the Olympic flag. It was said that the Indian team were willing to allow him to compete for them on account of his mother's parentage, [cite web|url=http://www.bbc.co.uk/blogs/thereporters/mihirbose/2008/08/when_london_stages_the_games.html|title=Coe's London legacy challenge|first=Mihir|last=Bose|authorlink=Mihir Bose|publisher=|date=|accessdate=2008-08-20] although it was never likely that this would happen. Coe retired from competitive athletics in 1990.

One scene in the 1981 film "" recreates a race in which the runners attempt to round the perimeter of the Great Court at Trinity College, Cambridge in the time it takes the clock to double strike the hour at midday or midnight. Many have tried to run the 367 metres (401 yards) around the court in the 43.6 seconds that it takes to strike 12 o'clock. Known as the , students traditionally attempt to complete the circuit on the evening of the . The only person recognized to have actually completed the run in time is Lord Burghley in 1927. It was thought that Sebastian Coe had succeeded when he beat Steve Cram in a charity race in October 1988, in a time of 42.53 seconds. But a video of the race apparently shows Coe was 12 metres short of the finish line when the last chime sounded which is why Trinity College never officially accepted his time. Most recently 19 year old Trinity student Sam Dobin, whose time of 42.77 seconds in October 2007 beat Lord Burghley's time by 0.43 seconds. [ [http://www.dailymail.co.uk/pages/live/articles/news/news.html?in_article_id=490027&in_page_id=1770] Daily Mail Modern-day hero runs away with Chariots of Fire challenge]


website =
footnotes =Coe became for Falmouth and Camborne in 1992, for the Conservative Party, [ [http://news.bbc.co.uk/sport1/hi/olympics2000/bbc_team/859595.stm BBC SPORT | BBC TEAM | Sebastian Coe ] ] but lost his seat in the 1997 general election. He returned to politics for a short time as 's 'chief of staff', having taken a age in 2000. During this time he tried his hand at a marathon, running a time of 2 hours and 58 minutes.

When London announced its bid to hold the 2012 Olympics, Coe became an ambassador for the effort and a member of the board of the bid company. With the May 2004 resignation of chairman , Coe became the chairman for the latter phase of the bid. As Coe was a well-known personality in Olympic sport, it was felt he was better suited to the political schmoozing needed to secure the IOC's backing. Coe's presentation at the critical IOC meeting in July 2005 was viewed by commentators as being particularly effective, and the bid won the IOC's blessing on . [ [http://news.bbc.co.uk/sport1/hi/other_sports/olympics_2012/4656275.stm BBC SPORT | Other Sport... | Olympics 2012 | Profile: Lord Coe ] ]

It is widely felt that Coe could be a future President of the IOCFact|date=December 2007. With his established credentials in sport throughout the Olympic world, he is seen as a passionate person who would be suited to the role. He was considered a possible Conservative candidate for the 2008 London Mayoral election. It was considered he would also be a suitable candidate for the role of Chairman of UK Athletics, though he decided not to seek such a position.

In September 2008 Coe controversially told reporters "F**** 'Em" when asked about the opposition to the creation of a footballing Team GB from Scottish and Welsh supporters as reported in The London Paper, 30 September 2008, page 5 "Coe: Yes to 2012 GB footy team - The Scots and Welsh? F*** 'em".

FIFA president made the announcement in Zurich on and said: "It is perhaps a surprise but it has been very well received. We have found an outstanding personality in the world of sport, a great personality in the Olympic movement." His appointment makes him one of the most senior Englishmen to work for FIFA. [ [http://sport.independent.co.uk/football/news/article1603884.ece Coe accepts new Fifa role as ethics watchdog - News & Comment, Football - Independent.co.uk ] ]

Coe married Nicky McIrvine, a former Badminton three-day-event champion, in Surrey, in 1990, with whom he has four children, two boys and two girls. The marriage ended in divorce in 2002 after twelve years and Coe moved out of the family home.

He is a worldwide ambassador for Nike and owns a string of health clubs with a membership of 20,000. Coe is a knowledgeable follower of a wide range of sports, including football (he is a season ticket holder at ) and boxing (he was a steward for the ), and has a very large collection of jazz records. He is a multimillionaire and a member of the , a private in London. He has supported London athletic events like the London 10K of Nike and the British 10K charity race.

He was created a in 2000 as Baron Coe, of Ranmore in the County of Surrey.

* Coe was featured in the "" [http://www.ncl.ac.uk/press.office/press.release/content.phtml?ref=996767710] spoof documentary on unwittingly accusing American blue-eyed soul singers of not only being the same person but also of being child abusers.

* In "", Chris Morris could be heard to shout indignantly at a woman invited into an interview, "I hate Sebastian Coe".

* As a student in Loughborough in the late 1970s Coe lived in Coe Avenue. He was also regularly spotted at the time in The 300 Spartans Chip Shop.

* American Olympic 1500m and 5000m athlete, , is said to have named a son [http://www.tnrunning.com/articles/milner/catching_up_with_spivey.html] after Coe.

* In the 32nd episode of , titled , the character Nigel Pinchley tells Lois that he once rang someone's bell and "ran like Sebastian Coe."

* Coe is a supporter of