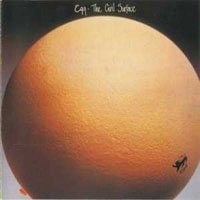 "The Civil Surface" is Egg’s third and final album. It was released in 1974. The band had broken up in 1972, not before performing some new material during their last concerts. The new songs were very well received by the audience, so the trio decided to re-unite to record these songs.

The album features guest musicians such as and .