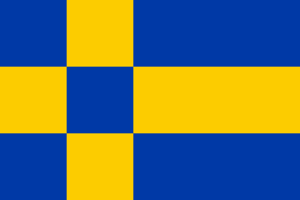 Tilburg (pronunciation|227 Tilburg.ogg) is a and a in the , located in the southern province of . Tilburg municipality also includes the s of and .

Tilburg University (formerly the Brabant) is located in Tilburg.

A 10 day-long ( [http://www.tilburgsekermis.com/ site in Dutch] ), the largest of the , is held in July each year. The Monday of fair week is called "Roze Maandag" (), and is -oriented, though also enjoyed by many s.

There are three railway stations within the municipality: Tilburg, Tilburg West and Tilburg Reeshof. Tallest building in Tilburg is the .

Not much is known about the earliest history of Tilburg. Documents from the year 709 show the name Tilburg for the first time. After that the sources remain silent for some centuries. In the later Middle Ages Tilburg was more of a local 'region' than a village or city, although a couple of small hamlets provided its population centers. One of them was known as 'Eastern Tilburg' (Oost-Tilburg), which was later reflected in the name of Oisterwijk ('Eastern Quarter'). This village centered around a small (probably wooden) castle or 'Motteburcht' on an equally small hill, which became derelict and was torn down after a few centuries at most. Of this first 'Tilburg Castle', nothing remained around 2000 save but a few remnants of its moat in the suburbs of Oisterwijk. In the 14th century Tilburg was proclaimed a manor. Together with it acquired the title of "The Manor of Tilburg and Goirle".

Successively, the manorial rights fell into the hands of several lords of noble lineage. They derived their income from es, fines and paid by the villagers.

In the 15th century, one of the lords of Tilburg, Jan van Haestrecht, built Tilburg Castle. "That stone chamber at Hasselt" is mentioned in several historical documents. Unfortunately, in 1858 the castle had to make way for a factory. It lives on, however, in the city arms and logo. A replica of the fundaments of the castle has been restored in ca. 1995 on its original location after the factory was taken down. In 1803 Goirle was separated from Tilburg and in 1809 Tilburg was granted city status. In that year it had about 9,000 inhabitants.

Tilburg grew around one of the so-called "herd places", three-cornered plots where a number of roads (usually sand roads) met. These herd places were collective lands for flocks of sheep. Their triangular shape is still reflected in the layout of many places in Tilburg. Many districts - such as Korvel, Oerle, Broekhoven, Hasselt, Heikant, De Schans and Heuvel - bear the names of these old hamlets.

Tilburg as wool capital of the Netherlands

The poor farmers living in these hamlets soon decided to stop selling the of the sheep and to it themselves. For a long time a greater part of the space in their houses, which used to be very small, was occupied by a . In the 17th century the number of looms in Tilburg was about 300. Enterprising people saw their chance. As so-called drapers they supplied the weavers with the raw materials for their "home working". The first Tilburg "millhouses" had come into existence. From that point on, the wool- underwent rapid growth and in 1881 Tilburg had as many as 145 woolmills. Home weaving continued, however, until the early years of the 20th century. Woolen textiles from Tilburg were known far and wide. After the , Tilburg retained its place as wool capital of the Netherlands, but in the 1960s the industry collapsed and by the 1980s the number of woolmills could be counted on the fingers of one hand. Present-day Tilburg industry is characterized by a large variety of enterprises.

King William II (1792-1849) always bore a warm heart towards Tilburg. "Here I can breathe freely and I feel happy", he once said about the town. And he acted accordingly. King William II always supported Tilburg, also in a financial way. He improved the sheep breeding, built new farms and founded a barracks on the St. Joseph Street, now the imposing building of the City s. Although the King was always received with open arms by several befriended manufacturers, he needed his own residence in Tilburg. The was built in the middle of the 19th century.

William II died a few months before the completion of his palace. It is now part of the city hall. In 1987, close to the palace, an was erected, in remembrance of King William II. It replaced the old needle from 1874, which disappeared from the street scene in 1968. After being restored, William II's statue has got a place again in the heart of the city, where he felt happy among its inhabitants. The local football team in Tilburg, who play in the Dutch Premier League, are themselves called Willem II, in remembrance of him.

More on present-day Tilburg and the corporate line followed by the Tilburg city council is to be found in the article on Tilburg, Modern Industry City, on the Tilburg City site. In present days Higher Education is of significant importance, with Tilburg University attracting scholars from all over the world.

The city of Tilburg hosts many festivals, such as the (world culture), Stranger Than Paranoia (jazz) and (independent culture).