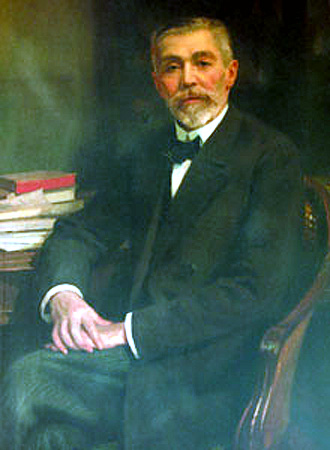 Federico Santa María Carrera (c. - , ) was a an businessman and .

Federico Santa María was born in Valparaíso, the son of Juan Antonio Santa María Artigas and of Magdalena Carrera Aguirre. Although he was a member of two of the most respected and influential Chilean families of the 19th century, the Santa María and the Carrera families, he made his huge fortune in the sugar markets of , in which he arrived when he was very young.

His importance in the sugar market was considerable: he became a major power in the French economy. During he closed down all his businesses, declaring that he did not want to profit from war. He also supported the French Army, donating clothes and weapons for an entire regiment.

Because he had no descendants, he gave his entire fortune to his hometown for the founding of a technical and engineering school. The result of his legacy was the Federico Santa María Technical University.

He was a distant relative of famous Chilean pianist .