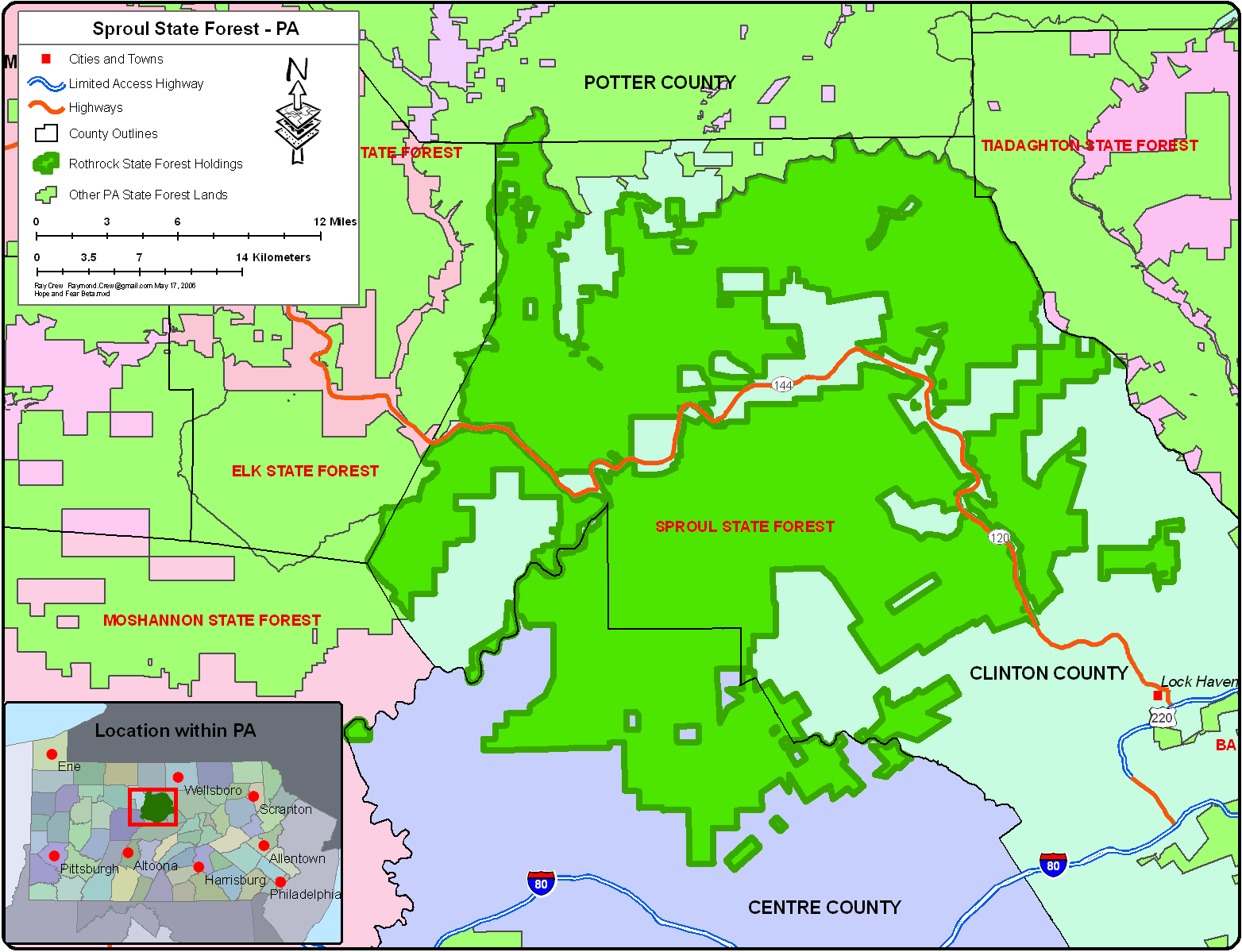 The forest is located in western Clinton County and northern Centre County and contains convert|280000|acre|km2|2 of land. It was named for former Pennsylvania governor (in office from 1919 to 1923).

Sproul State Forest was formed as a direct result of the depletion of the forests of Pennsylvania that took place during the mid to late 1800s. Conservationists like Dr. became concerned that the forests would not regrow if they were not managed properly. Lumber and Iron companies had harvested the s for various reasons. The clear cut the forests and left behind nothing but dried tree tops and rotting stumps. The sparks of passing ignited s that prevented the formation of s. The conservationists feared that the forest would never regrow if there was not a change in the philosophy of forest management. They called for the state to purchase land from the lumber and iron companies and the lumber and iron companies were more than willing to sell their land since that had depleted the natural resources of the forests.